Neda: is the Voice of Revolution heard? 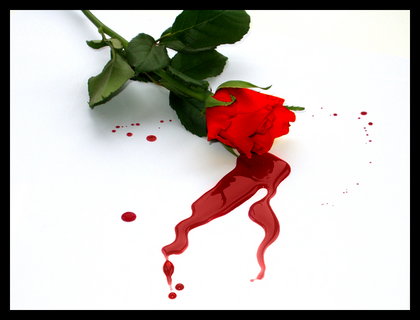 The random and ruthless killing of a sixteen year old bystanding girl named Neda by a sniper yesterday was undoubtedly a defining moment in the revolution that is being fought out on the streets of Tehran and other major cities of Iran.  Her hugely tragic death is now serving as a symbol of this accidental revolution. Accidental I say, because it was not carefully planned and prepared for. Nor is it being lead by a particular person. Mir Hossein Moussavi is by all accounts the most unlikely candidate to lead a movement against the very structure, to which he was an architect, ironically his profession outside politics.

It is a such a sad irony that Neda means “the calling” or “the voice.” More than thirty years ago, when similar, though less dense and ferocious crowds used to fill in the capital’s streets, the Shah in a late concilliatory attempt went on the national TV and declared:”I have heard the voice of your revolution too.”It was too little too late. The question is how long would it take, if at all, for the Islamic regime to acknowledge Neda – the voice of this revolution?