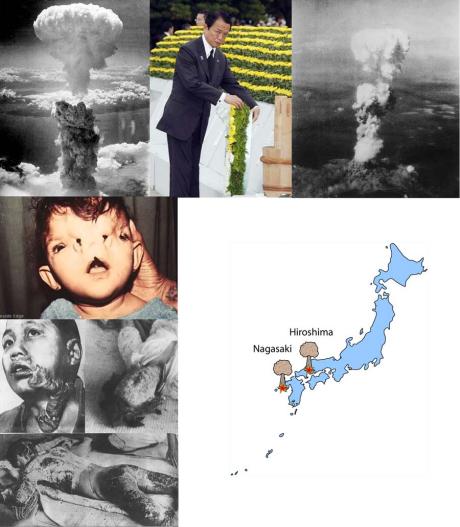 Exactly 64 years ago, the atomic bombings of Hiroshima and Nagasaki against the Empire of Japan put an end to World War II.  U.S. President Harry S. Truman ordered the bombings on August 6 and August 9, 1945, respectively. Japan commemorates the victims of the First Bombing today.

Remembering the tragic aftermath of the Hiroshima bomb (BBC)

The bombs killed as many as 140,000 people in Hiroshima and 80,000 in Nagasaki by the end of 1945,roughly half on the days of the bombings. Amongst these, 15–20% died from injuries or the combined effects of flash burns, trauma, and radiation burns, compounded by illness, malnutrition and radiation sickness.Since then, more have died from leukemia (231 observed) and solid cancers (334 observed) attributed to exposure to radiation released by the bombs. In both cities, the majority of the dead were civilians. More Here