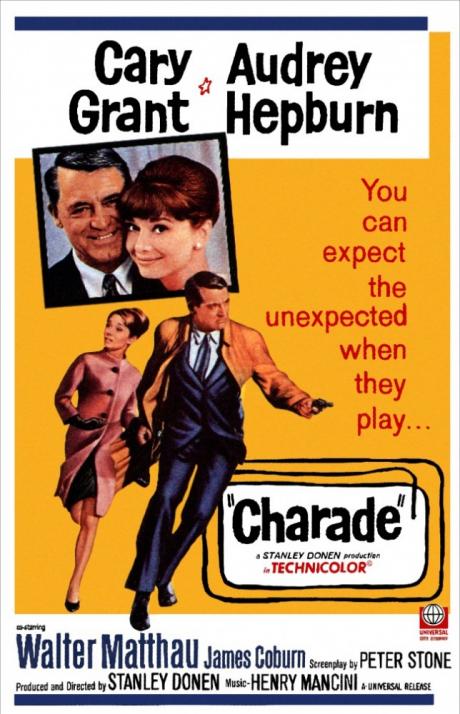 Regina Lambert ( Audrey Hepburn) returns to Paris from a ski holiday in Switzerland to find that her husband has been murdered. She is later told by CIA agent Hamilton Bartholemew ( Walter Mathau) that Charles Lambert was one of five men who stole $250,000 in gold from the U.S. government during World War II, and the government wants it back. The money was not found among his possessions, and Regina can shed no light on its whereabouts. Later that day she is visited by Peter Joshua ( Cary Grant) , whom she had met briefly while on holiday. When her husband’s former partners in crime, who were double-crossed by Charles, start calling her looking for the money, Peter offers to help find it. Thus begins an elaborate charade in which nothing is what it seems to be.

Sultan of My Heart:Monika Jalili and Noorsaaz’s remembrance of things past… By Darius KADIVAR