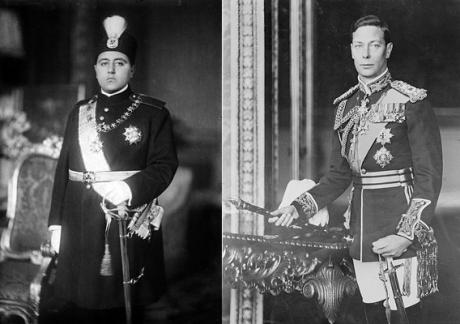 Note: Prince Albert who ascended the Throne as King George VI in 1937 (after the abdication of his cousin King Edward VIII) was no other than the father of Current Queen Elisabeth II of Great Britian.

H.I.M. The Shah of Persia is welcomed at the Guildhall.