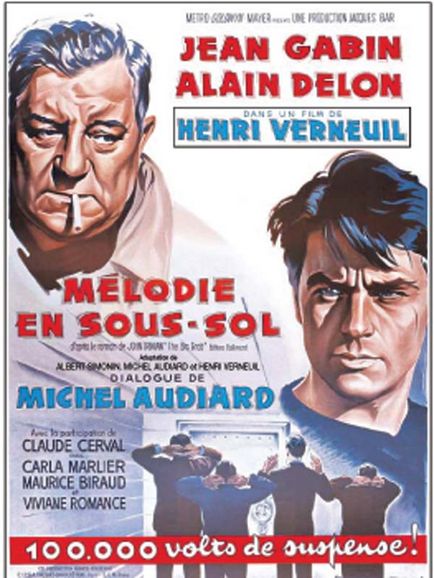 Probably one of Alain Delon’s finest early movies, Mélodie en sous-sol co stars with France’s Top Star of the Time, Jean Gabin in a gangster film with an interesting final twist. Filmed by the Great French Armenian director Henri Verneuil known as the Maestro of French Action movies of the 1960’s and 1970’s.

A Scene of the movie in Persian

“Charles (Jean Gabin), a sixtyish career criminal fresh out of jail, rejects his wife’s plan for a quiet life of bourgeois respectability. He enlists a former cellmate, Francis (Alain Delon), to assist him in pulling off one final score, a carefully planned assault on the vault of a Cannes casino. Bad luck and Francis’s lack of professionalism set the caper maddeningly askew, and the stolen cash resurfaces in an unexpected manner.”