The Cheapening of Iranian Blood 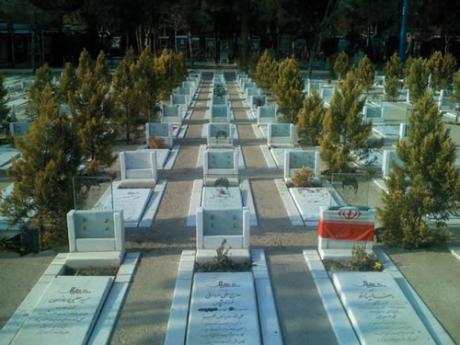 Have you ever thought about the fact that Iranian blood has become cheap under the IRI?  Think about it.  Even during the 1979 revolution, when a couple of people were shot by the police, there would be a massive outcry by the public.  In fact, that’s how the organizers of protests in those days were able to get people onto the streets.  They organized events on the 7th or the 40th of the “martyrs” of the revolution around the country.

But look at what has happened to us since the 1979 disaster.  They have killed so many of us that an Iranian getting killed by IRI thugs on the streets is really not a big deal anymore.  For the past thirty years this regime has executed tens of thousands (if not more) of Iranians, has sent almost a million people, a lot of them child soldiers under the age of 18, to a certain death in the Iraq war, and has claimed that all Iranians want to be the sacrificial lambs for the freedom of “Ghods”.  Will their self fulfilling prophecy of a nuclear war with Israel come true and result in the death of millions of Iranians for the freedom of “Ghods”?  May be.  Didn’t Rafsanjani said once that Iran will survive a nuclear war with Israel because we “have more people” than Israel?  Kudos to you, Mr. Rafsanjani.  You’re absolutely right.  What’s a few million dead Iranians anyway?  We have seventy million of those pesky little creatures.  Plus, most of them are not even “seyyeds”.  So, their lives are not worth as much as the real superior “seyyeds” such as Khamenei anyway.

So, there you have it folks.  Iranians have become the sacrificial lambs for Mullah’s various causes.  A war with Iraq?  Sure.  Going to Ghods?  You betchya! Rape and murder in prisons?  Why not.

And if you’re not dead, you may as well be, otherwise, you better watch your behind and be careful about what you say and do.  You may disappear one night and your raped, mutilated and burnt body may show up a few days later in an unmarked grave at Behesht-e Zahra.

So, remember this: your life in only worth something if you are an Egyptian woman who gets stabbed in a court by some racist nut job in Germany.  Only then you will get a stamp printed commemorating you with your picture on it.  But if you are an Iranian woman who gets shot and killed on the street by a gun toting IRI thug, and your name is Neda Agha Soltan, you are a tool of foreigners who deserved to die…for just being on that street corner.