PERSIAN DUBBING: Sinatra & Tony Franciosa in “Assault on a Queen” (1966) 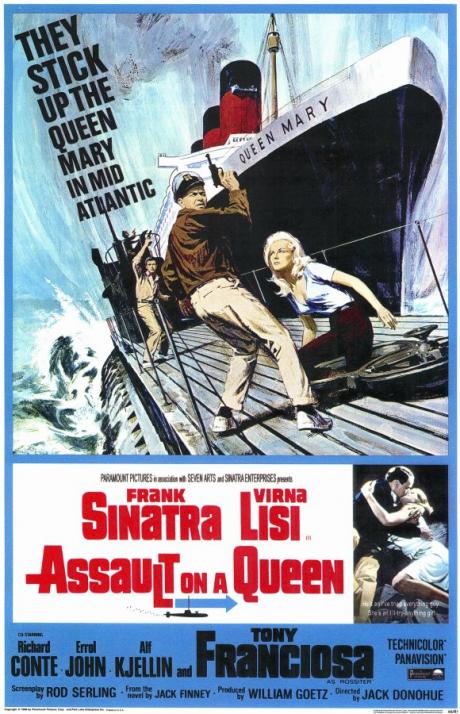 A group of adventurers refloat a WWII German submarine and prepare to use it to pull a very large heist; The Queen Mary which they plan to rob on the high seas. Frank Sinatra, Tony Franciosa, Virna Lisi and directed by Jack Donohue

“Frank Sinatra plays Mark Brittain, a former submarine officer, who joins rich Italian beauty Rosa Lucchesi (Virna Lisi) and her partners Vic Rossiter (Tony Franciosa) and Eric Lauffnauer (Alf Kjellin) in diving for lost treasure off the coast of Florida. When they discover a sunken German submarine, Luaffnauer the former U-Boat commander convinces the others to raise the sub and use it to hijack the Queen Mary.”

This 1966 film was directed by Jack Donohue and had a script by Rod Serling from the novel by Jack Finney. Final Note: The music for “Assault on a Queen” was by Duke Ellington.

Purchase Film ( On VHS Only) here