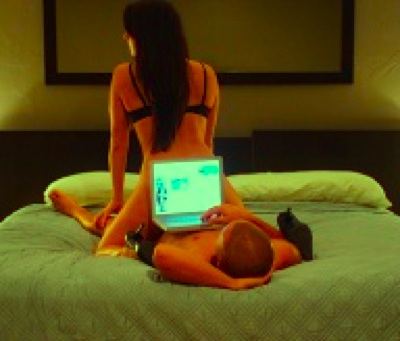 As we followed Manijeh joon up the stairs, I could see she was not wearing underwear and if she was it must have been the transparent kind: a newly arrived model from Victoria’s Secret, her favorite place. Just the thought of her kos-excited outfit (or lack of it) scares me. I just find the whole thing frightening in a weird way. It’s like being in a war zone. At any moment something is going to go wrong. It made me feel edgy and tense and defensive.

A thought came to mind again as it does every time I see Manijeh joon. All I see are her stories of being beaten. I find her husband to be one repulsive son-of-a-bitch. I can’t even look at him. I hate him.

What amazes me is Manijeh joon’s lusty and sexual behavior after everything she’s been through. She has confined in me (and many other people!!!) about the abuse she’s suffered not only by her husband but often by his culprit, the mother-in-law. In one of her alleged stories, while the husband was beating her, the mother-in-law walks in on them yelling, “bezan… khoob mikoni, bezan.” If the allegations are true, I just can’t imagine how she can willingly sleep with that man and wanting him to do it (in her own words) all night long. How could she enjoy sex with that monster?

Sex and abuse, is it S&M? I always thought S&M is a fantasy. Or may be not?! Which is it? I am totally confused.

Give me a break! The beatings, the harsh words, the nose breaking, the cheatings (on your husband) are no issue but a little lousy fart can wreck your marriage?

Me: Don’t worry. We are never in FRONT of each other.

Nazy joon: I always take out the beans from my food like ash or ghormeh sabzi. You never know. What if I fart while sleeping? He is a light sleeper. I am always very careful about what I eat unless Ali Reza’s away on a business trip [to Vegas].

Walking into Manijeh joon’s bedroom was like walking into a palace where Queen Elizabeth meets Victoria’s Secret. The bed was BIG and high enough to use a ladder. There was a Persian rug sitting under furniture’s covered in tiger patterns mixed with pink and silky beddings. All of a sudden a weird image came to mind, Pussycat Dolls banging Mash Ghasem.

I could see Manijeh joon’s huge walkin closet with wall to wall shoes and purses, and her skimpy short outfits hanging with their flashy colors of pink, red, and yellow. I could barely see anything in black, like my closet. Sometimes I wonder, if she is really happy? I mean she seems to be. She looks good, wears goods, fucks good, eats good, laughs good,…sleeps good. I can’t remember her being sick with cold, flu, migraines, allergies, depression, high cholesterol, high/low blood pressure, or anything else. She sure looks a lot happier than many women who grew up here in the US, including yours truly.

Manijeh joon isn’t just sexy, but smart too. She picked up English soon after they arrived in the US. And one of the first words she had learned were “statutory rape.” I often wondered why and how those words came about. It wasn’t till few years later that I figured it out.

Manijeh joon always talks about her desires for other men – some much younger. She likes to chat, email, go on Match.com and eHarmoney’s free membership specials, and often disappear for a few hours in the middle of day where her cell phone mysteriously goes off.

A while back, when I had a big nasty fight with my husband—the asshole– I asked Manijeh joon to meet up with me for a little dar do del in a local coffee shop. As I went on and on about my miserable marriage and such, Manijeh joon caught me off by saying, “oon pesareh ro meebini? Enghadr delam mikhaadesh.” I turn around and I see a boy sitting at a comfie sofa texting. He must have been no more than 15 or 16. I was kinda shocked and sick to hear Manijeh joon’s comments; and more importantly her total disregard to my problems. It was there and then that I recalled her first English word/s, “statutory rape.” Like I said, she is very smart too. She is the total package.

Manijeh joon’s first sexual encounter happened when she was 12 years old. In her own words, she enjoyed her pussy being eaten by a male relative (in his 30s married with kids). It happened every Thursday afternoon one summer in one of her relatives Baagh in a small storage shack away from the others. It began with him following her to the shack and sweet talking her into letting him touch her without screaming. He then lifted up her skirt and massaged her pussy with his fingers and promised it will feel really good. And it did. The Thursday after that, he went from massaging to going down on her for a very long time. Later, he would rub his penis between her legs and com. It went on for a few weeks, till he moved into the 2nd base, her nice little ass. I suppose the men in her life had their own network. Cause she moved from one cousin to the next till she married her husband at the age of 18—no relations. She says, “maa (her own family) khailie oroopah yee fekr mikoneem.” She must be seriously confused in that department.

Manijeh joon held Nazy joon’s hand and asked her to sit by her bed side and show her baby-smooth-pussy. Nazy joon wasted no time. With the biggest smile on her face, she lifted her mini-skirt straight up toward the gods above and quickly pulled down her thong and twirled her kos like a little girl in heat. She was prancing left and right, giggling and almost jumping for joy.

For a small body of hers, Nazy joon’s pussy was the biggest I’ve ever seen. In fact, she could make some serious money displaying her kos in the World’s Oddest Creatures.  Her clitoris stuck out like a 2nd nose in need of a major rhinoplasty. It almost looked like a mini penis. Now, I know why she went through the painful 8 sessions of electrolysis. She was beautifying her ugly-betty kos.

Honestly, I was so mad and furious I wanted to burst her little bubble and tell her kos is SHIT! I was mad cause she had a lot of gold coins in reserve for that thing. And here I am with a superior pussy and no kos reserve. Believe me, mine is worth many many gold coins. After seeing that freakish thing, I am beginning to fall in love with my beautiful pussy. I have a renewed appreciation of my little betty. She is beautiful, honest, saaf o saadeh, proud, not-for-sale, and a no none-sense type.

Hearing the word “baby” was really revolting. Babies don’t have big noses like that.

I think my facial expression said it all.

Manijeh joon: Begoo Ali Reza chi kaar kard? Did he go crazy and rape you on the kitchen table?

Nazy joon: Vah! Hamitori keh naa dadam. Bayad sabr mikard ta sozesheh bereh. But when he saw the finished product, he was so happy. It took him a while, but once he was good and ready he went on and on till 4am just like he promised. By the time he let me go to bed, I was aching and sleepy

Nazy joon: roo mizeh karesh jeloy eh laptop. He likes it there. He says he can always smell me and think of me while working.