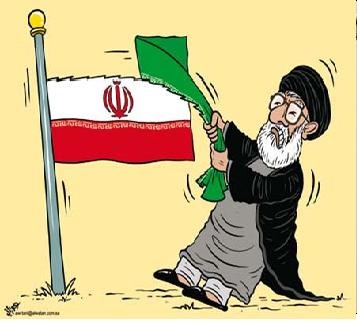 By Mehdi Khalaji and Patrick Clawson

While the United States is concentrating on the G-20 summit and the October 1 meeting with the secretary of Iran’s Supreme National Security Council, Iranian attention has been focused on the potentially destabilizing protests planned for September 18, Quds Day. This critical difference of agenda — with Iran focused more on its domestic turmoil than on simmering international issues — will be a major complicating factor in negotiations between the international community and Iran in the coming weeks.

Background
Since 1979, the Islamic Republic has promoted the last Friday of Ramadan as “Quds Day” (Jerusalem Day), a celebration of solidarity with Palestinian rejectionism and of protest against the United States and Israel. Quds Day has become symbolic of the Islamic Republic’s effort to present itself as the leader of the world Muslim community in rejecting what it perceives as Western and Israeli plots against Islam.

This year, Quds Day presents the Iranian government with a serious dilemma: allowing hundreds of thousands of Iranians to protest on the street offers the opposition an opportunity to air its slogans. As Ayatollah Ruhollah Khomeini’s grandson Hassan Khomeini said on September 16, “Quds Day is international; it is not exclusive to Quds. It is a day for the oppressed to resist against the oppressors.” The Islamic Revolutionary Guard Corps has issued statements blaming “the Zionist regime” for plotting to bring people to the streets on Quds Day to “deviate people’s move against” Israel. For the first time in the history of the Islamic Republic, former president Ali Akbar Hashemi Rafsanjani has been prevented from leading prayers in Tehran on Quds Day. The earlier hope, perhaps, was that Rafsanjani would only discuss foreign affairs, showing the unity among Iran’s leaders on these issues, but that seems to have become too risky for the regime. Already, Iran’s conservatives have calculated that the people might protest against them rather than against Israel and the West — a development that would expose the hardliners’ empty claims of popular support.

Khamenei’s ‘Velvet’ View of the Negotiations
The dispute over Quds Day — not the nuclear negotiations — has been the main topic in Iranian political circles for the past week. Not only does this reflect the usual trumping of foreign affairs by local politics — a situation certainly not unique to Iran — it also indicates how delicate Iran’s domestic political situation has become.

For twenty years, Iran’s supreme leader, Ayatollah Ali Khamenei, has warned of the dangers posed to the Islamic Republic by the West’s cultural invasion. He has stated that the West will provoke a “velvet revolution” similar to that in Czechoslovakia in 1989, which witnessed the very rapid overthrow of an apparently rock-solid government. From Khamenei’s perspective, the events of the past three months demonstrate his prescience. The initial campaign efforts of the rather uncharismatic Mir Hossein Mousavi were pathetic, yet by the end of the campaign, especially after the televised debate between Moussavi and Mahmoud Ahmadinezhad, hundreds of thousands of people were effusive in their support of him. A conspiratorial mind might see evidence of powerful forces behind Mousavi. Indeed, forces were behind him, but they were former presidents Muhammad Khatami and Rafsanjani — not the West.

In response, Khamenei decided to crush hope: he ordered vote rigging so blatant as to show that no election would be allowed to change the system; he then stepped forward to acknowledge his support for Ahmadinezhad’s policy stances, rather than remaining above the fray. Furthermore, he has repeatedly blamed protestors in ways that have inflamed passions against him and the system he represents. In short, Khamenei was so afraid of a velvet revolution that he has provoked one.

The protests have likely confirmed in Khamenei’s mind his oft-stated view that the nuclear issue is simply a Western excuse to advance its plot to overthrow the Islamic Republic. In the recent show trials following the June 12 presidential election, prosecutors have been airing wild charges of a far-reaching conspiracy involving Iranian reformers and Western governments. In these trials, even well-known German sociologists Max Weber (1964-1920) and Jurgen Habermas, as well as British political scientist John Keane, were accused of inspiring Iranian reformists to overthrow the regime. Khamenei has now eclipsed this: last month, he attacked the teaching of the humanities, stating that “teaching these academic disciplines in universities leads to skepticism of religious and ideological principles.” Khamenei believes that the humanities are colonialist tools of the West for conquering Muslim minds.

In this atmosphere, Khameni apparently worries that if the nuclear issue is resolved, the West would find another excuse with which to advance its true goal of cultural invasion. To him, any compromise on the nuclear issue will only feed the West’s efforts to overthrow him. No matter how often Washington reiterates its willingness to work with Khamenei’s Islamic Republic, he is not likely to believe a word of it. He has shown no interest in resolving outstanding differences with the West. In his sermon last Friday, Khamenei stated: “The enmity of America, Britain, and the Zionists with Iran is a matter of pride for the nation, and this should not frighten us or force us to give up before the enemy.”

Khamenei, however, is correct about one point: Every Western government would be delighted to see Iran’s hardliners lose power and the Islamic Republic morph into a more democratic system.

Policy Implications
The fear of a velvet revolution, accompanied by the deep fissure within the Iranian elite, seriously complicates efforts to negotiate with Iran. Khamenei, given his views of the West, may see little advantage in resolving the nuclear impasse. Even if he decides to engage the West — and no evidence suggests that he will — forging a consensus among the badly divided Iranian elite to permit such a bold change of direction would be no easy feat.

Consider Iran’s hardline camp: For weeks, Ahmadinezhad has been sparring with the Majlis over his cabinet nominations, and reports show deep discontent among the security services, both the Revolutionary Guards and the Intelligence Ministry, which Amadinezhad has been purging. In such an atmosphere of mutual suspicion and dislike, any initiative to compromise with the West is almost certain to be bitterly criticized as a sellout of Iran’s revolutionary principles.

Ahmadinezhad, however, has long wanted to use international negotiations to raise his profile, as evidenced by his letters to various world leaders and his offers to debate President Barack Obama. The Iranian president’s main objective, it would seem, is to use his platform to promote his ideological, apocalyptic, and anti-Western agenda, which fits his argument that public diplomacy is the main field of battle for Islamic radicals. Ahmadinezhad may also believe that the West has to concede to Iranian demands; that is, strike a deal that allows Iran to keep its nuclear program. Khamenei, however, is not so confident; he is more worried about Iran’s disadvantages in any negotiations with the West.

In addition, Iran’s hardliners are unconventional adversaries who may respond to typical negotiating strategies in unusual ways. Iranian hardliners may fear the West’s carrots, believing that its offers for closer engagement are a plot for soft overthrow by those groups in Iranian society — intellectuals, businessmen, youth, and women — whom the hardliners fear. Likewise, the hardliners may welcome the prospects of Western sticks, believing that sanctions or a military strike would inflict little damage and may rally nationalist support.

Although the current prospects for successful engagement with Iran are poor, the West has little choice other than to try. Iran’s leaders may decide — despite their deep mistrust of the West — that it would be too much of a gamble to ignore an offer from a popular U.S. president who is obviously eager to engage with Iran. After all, Iran has been hard hit by the global economic downturn, Ahmadinezhad’s ideological and economic policies, and by Western sanctions. In addition, the threat of Israeli military action against Iran looms in the background. Despite these factors, no one should have any illusions: the West is not going to shake the Iranian hardline conviction that the West is out to overthrow the Islamic Republic.