PERSIAN DUBBING: Christopher Lee in the “Scars of Dracula” (1970) 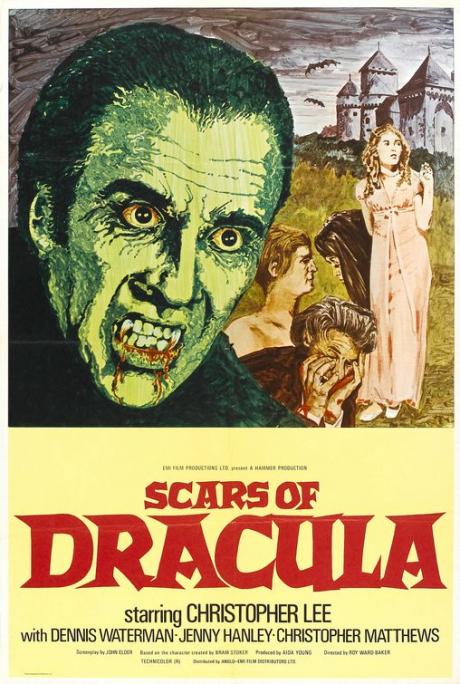 A Hammer Production, The Scars of Dracula is a Horror Picture Starring Christopher Lee and directed by Roy Ward Baker. Watch a scene dubbed in Persian and Tremble ;0)

Christopher Lee who walked in Bela Lagosi’s shoes and cloak was to also play in the Epic motion picture Caravans starring Anthony Quinn and Behrouz Vossoughi which was shot in Iran in 1977-78. His grandfather served in the British Army Stationed in Persia during the Constitutional Revolution of 1906. Small World for Sharp Teeth ! LOL

“Brought back from his dead mouldering remains with blood drooled on them by one of the bats he commands, Count Dracula once again spreads his evil from his mountaintop castle. When libertine Paul Carlson disappears one night, his more sober brother Simon and his girlfriend trace him to the area, discovering a terrified populace. Thrown out of the inn, they make their way, like Paul before them, towards the sinister castle and its undead host.”