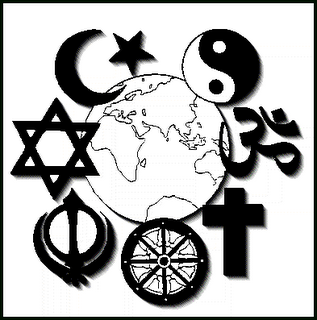 I’m convinced I’m not inventing the wheel here but the way I see it, there is Theism and Atheism, and then there is Agnosticism.   I think most people don’t quite know the difference between the first two and the latter (not saying you don’t) and the one things I have had to explain in the past a lot has been that while “theism” and “a-theism” are based on beliefs (polar opposites, but still based on belief), agnosticism is based on knowledge (lack of one in this case).  Here’s where I usually get a few nods, blank stares, possible raised eyebrows… and the conversation either ends or continues with them trying to educate me and make me more knowledgeable about God because clearly that’s what’s lacking.

Thus, to a strong agnostic, an atheist that claims to KNOW God doesn’t exist doesn’t make sense either.  In atheists; defense however, virtually all religions say “God created man” but the atheists don’t ask who created man, but why did man create God.  They think of religion as mass hallucination and admittedly, if I ONLY could choose between atheism and any other specific organized religion, I would definitely lean towards atheism more.

Just to be clear, when I talk about “religious people” here, I am talking about normal people who are extremely religious not religious extremists because they take this whole thing to a different level and to them it’s about “mine is better than yours” AND you have to die if you disagree.

I ask myself: “Why do so many people need to believe in a God?” and the answer I come up with is probably because people need to believe in something or go crazy from the horrors of life!  For most normal people, it is disconcerting, unpleasant, and practically impossible to accept an answer such as “I don’t know” or “nobody knows” or “shit happens” and basically, the idea that life/death/existence/loss/extinction can just happen for the sake of happening and that these do NOT HAVE TO happen for a reason is a tough one to swallow.  Mentally, most people aren’t able to get past the unknown and move forward DESPITE not knowing, because humans have an inert need to find a concept to help them explain what they feel but cannot see in their perceived reality and this is where MANY cling onto a theory, which another man or men created (mostly for the purpose of controlling groups, which in some barbaric societies of past might have been necessary but not applicable anymore).

I get irritated and lose confidence in humanity COMPLETELY when I hear the common ranting, raving, and delirious arguments that religious people make when confronted and questioned about their (blind) beliefs or when the concept of organized religion is questioned completely.

Here’s some of what I have read and heard over and over again (I’m not exaggerating; these arguments were actually presented in support of God – what I’ve written below are direct quotes from websites where God is discussed in blogs).  My answer to every single one of these arguments is ONE word: “huh!?”

As a strong agnostic, what I have a big problem with is embracing an invisible concept without admission of other potential explanations.  No matter the number of conceptions of God and his/her nature that humankind has forged, there are a vastly greater number of possibilities that remain unimagined.  It is significantly more likely that the truth of God is in the latter category than the former.

This brings me to the idea of a possible creator (which I think could be many, why just one?? Who says our creator cannot work in a team environment?)  To make a distinction between God and a creator, I don’t see God as a fictitious character that can walk on water and part seas and never did anything except fire up the imaginations of gullible people.  William Ockham was a 14th century English logician who introduced the principle of “Ockham’s Razor”, which simply put, states that the explanation of any phenomenon should make as few assumptions as possible.  Put differently, when you have two competing theories that make exactly the same predictions, the simpler one is the better (keep in mind that “simple” is relative not absolute).  While there is the POSSIBILITY of a creator, I believe that he/she (or they) in no way resembles the manmade fairytale in the Bible, Koran, or Torah.  I don’t believe that a creator is an entity that consciously controls the cosmos and while I’m open to the idea of “prophets”, I can only consider it as possible time-travelers, seers, super intelligent beings, extra-terrestrials, or some other simpler explanation but definitely not God-sent, overnight geniuses.  You can’t explain one unknown using a different unknown (i.e. explaining prophets in terms of God).

When it comes to creator(s), I am open to new thoughts and concept and possibilities.  My own concept of creator(s) changes and develops over time.  However, I believe it is far more likely to have been designed by “something” in our own universe/cosmos — even if it is a three-legged invertebrate alien vampire who traverses space-time in spinning flying saucers — than an omnipotent being that exists beyond the twelfth dimension.  God or creator is usually defined as the first cause from which the universe is spawned, on the PRESUMPTION that the past is finite.  A “big bang” at the beginning of the universe implies a start.  The start of the universe implies a first cause, ergo: God.  The flaw of this argument mainly lies in its premise, because the “big bang theory” is one of the many, many, many theories and there are far more theories suggesting that the universe is NOT finite and has been expanding and contracting forever and will do so forever more.

I don’t close my eyes to other possibilities but I do not have to conform to theories of the past.  I do respect ALL beliefs (as long as they respect mine), wouldn’t insult others’, wouldn’t try to convert others, and as passionate as my arguments may sound, it is really just my own theories and as is the case with every other theory, they’re still unproven, biased, experience-based, and yes, even possibly erroneous … BUT that doesn’t automatically bring God into existance.