The Omaridan and Abbasid Khalief and their believe in Islam? And the city of Hert. 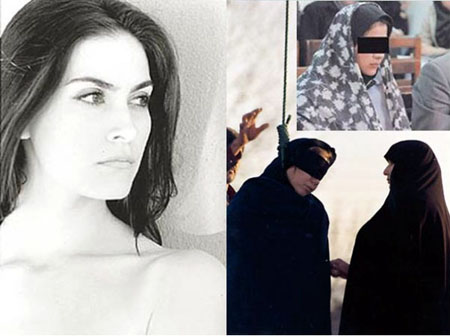 The Omariden Khalief and the Abbasid, and their believe to the Islam?  In the life every body chose a job and a way of life to pay his costs. Some people go after knowledge, science, arts, education, medicine, or they get employed by big or small companies to get some wages or salaries to pay their costs.

Some people go to political business or they try to get good job in the government and if they are nice people and love the society, they can help a lot of people in their position.   Some people try to have technical work and be technical worker, who work with their brain and muscles together and some people who have no technical knowledge and did not learn anything in these filed, stay simple workers and they use only his muscles to get their daily bread.    But the other people who want a lot of money and they do not want to work properly and they do not have knowledge and big AQ , chose another way to live, they try to cheat and destroy other people, to get their capitals.

Professional thieves, corrupted politician and corrupted high government employees, and the corrupted religions leaders and other leader are belonged to these groups of people.    They gathered billions of dollars by killing their oppositions rob the countries and cheat the people with lie and train them to hate each other and destroy each other.   They misuse the love of people for humanity and religions and guide this feeling in their own way and for their own benefits. The simple people and the people who have not worked are their victims.

They speak good about a nice life for them, give them illusion of having a lot of money and bring other people who are they eye witnesses and with the facts of greed and simple ness of people and using the internets and email and saying a lot of lies, rob the people and got millions or billions of dollars.   They will find a way to take the people money easily.  They advertise for cheap loan, ground of US government, find work and good position for the people, find nice husband or wife for the people; sending false check and money orders or travel check to the people, gather huge amount money.

You see and judge that Jesus Christ was not a rich man, he did not have a palace to live and he did not have servants to serve him. In his short life; he lived very simple and sleep on the corners of streets or in the field and his roof was the sky.   But he people who pretend are going his way, have millions of dollars and are very rich people, some of them are so rich that they can buy what ever they want.  They are using the name of Jesus and make money with his name, and they have a nice life. I do not know if most of them really believe in Him or not?  They build different churches with different name and make their own business with the different kind of people.

Sorrowfully in a lot of different religion, some people do not even believe in God and the religions, but they pretend and make good money and have a nice life.  These types of people will do any bad action to stay rich and powerful.  They rob people, say lie to the people and they use their children for sexual activities and their money and name to have a beautiful life.

They gather millions or billions of dollars and hire bad people and murders to kill other people who are against them.  And because the people of the world are indifferent and they do not care about humanity and just, they have success and destroy who ever is saying something against them. And with fear and killing, terror and destroying bring the people in a position that nobody dear to speak and say a word against them.  They use ignorant and stupid people for destroying and killing other people.

Their capital is ignorant people, and they misuse the simple stupid people for their plans.  As they have money; they use the media and radios, television, newspapers and advertise what they want.  They can made from a normal or even ignorant man by their advertise, make from his a philosopher and nice man from a murder, and in the opposite they can advertise against a good man and show him to the people as a bad man , a play boy and a dictator.  It depends what plan they have.  They somehow force the people believe what they have planed for them.   They give high position to the ignorant people so he is like a paper in their hand. And what ever they order, he will do it. They want to destroy the middle class people so in the time that they are poor, they have to go their way also.

I do not think that in reality he believed in Islam, he just pretend to be a good Moslem, because in this way he could continue his activities.  After him his son and his grand son did the same thing. And you saw that they even killed the family of the founder of Islam, the Mohammed. His grand children were killed by Yazid the grand son of Abu Sofyan.   The Iranians who were tired of the indifferent  proud, self centered kings and their luxury life and may be high taxes and the bad action of the Zoroastrian Clergies, salute the coming of Arabs who said they bring unity, just and brotherhood.    So they did not fight very seriously with them and let them to be the winners.

They did not want to fight for the luxury life of their rich people and their kings. And for a better life, let the Arabs be the winner.   But soon they realized that they have been cheated by the lie the Arabs told them. As the lie is in Islam allowed, the Arabs told them, we lied to you as we wanted your wealth, your girls and your work. You are now are slaves and your females are also sex slaves of us. We will enjoy them as a sex object and your males as workers and slaves.   The Khalief of Omariden and Bani Abbass took a lot of advantages of Moslems and Arabs in their empire.

They build nice palaces for themselves and other rich people around them and took the beautiful girls from the whole empire to these palaces and enjoy the life with a lot of sexual activities, drinking good wines in secret, having nice food and laugh at the people who were so simple.    They have sometime thousand wives in one Harem and the cut also the testis of young boys and make them eunuch to guard the beautiful women in their Harem.  So they were worst than the Persian kings to them.  So they misuse the general against each other the Turkish general were trained  not to trust the Arab general and they both were trained to be against the Persian generals, so because the general were against each other none of them could rebel against the Khalief.

And by killing the people, who want their rights, pressed the people down and keep them in fear and disunity.  Like what they did with different generals in their army, none of them has the courage to rebel against the Khalief who was in his palace busy with his wives or lovers.   May be they did not even believe in God or Islam, but they misused these as a dives to cheat people , be good and quite if you are after you are dead for Islam, you will go to paradise and get thousand virgin hurries.  And they were busy by the earth hurries in their palaces and did not care about the heavenly hurries.  The religion was a good matter to use against the people, keep them quite in fear and give them the hope that after their dead; they can have a nice life.

The middle class people were robbed by the system, so they have also to force other people in unjust to survive.   So the unjust was spread out in the whole empire.   As they take sometime the richness of upper class for themselves, so the upper class also tried to take the wealth of middle class and so the middle class forced the unlucky to the poor class. So in this way all people were disunited and were some how against each other and the Khalief could continue to govern over not united people.  Spread out the disunity and govern easily.  The poor and middle class even the upper class of Iranian were misused by Arabs Khalief.

In so called revolution, first the people who help the head of revolution get nice position were killed. And all other people were released and sent out of the work, the head wanted now everything for he and they do not want to share the power with other groups who helped them to be successes. So the people realized   soon that they changed a mild dictator with a wild and furious dictator.   The people who were robbed by government started to rob other people, so the hate and rob spread all over the country and the people were disunited and hate each other so the Khalief have a better situation to govern the people who are not with each other.   So by spreading of hate and disunity, the Khalief have a better situation for keeping their power.

The result of the glorious so called revolution by entering of people like the Khalief of Islam, who were coming to the gathering for having more money and power, went in other way.  The heads of revolution start to kill other people and took their wealth.  The people soon saw that the revolution was in reality against their will. Millions of people lost their jobs, millions are killed in the war or in the prisons, millions of people have to go to other countries, and millions people lost their wealth and got poor.  The revolution was another difficult situation which has been added to their other problems.

I hope soon the people of Iran realize the people who are bad like the Khalief of Baghdad and will appoint nice people in the top of the government.   And we will work together to build a nice country again.  O friend who are passing to the death body of your enemy, do not be happy that the same situation will happen to you later or late. Do not kick a weak man, may be later you will be weak man and he will be the strong one. The man was walking with the light around the city that I am trying to find a human being, as I had only saw bad people around me. Do not see in sex and jealousy in other people wife and wealth.  You are all like the flowers of one garden. Be nice in the short time of your life with each other and do not make the life like hell for yourself and other people. With cooperation, unity and love, we can reach a place that we can see only God. Our position as human being is very high; we should not destroy our position by greed, irrelevant sex and bad attitude.