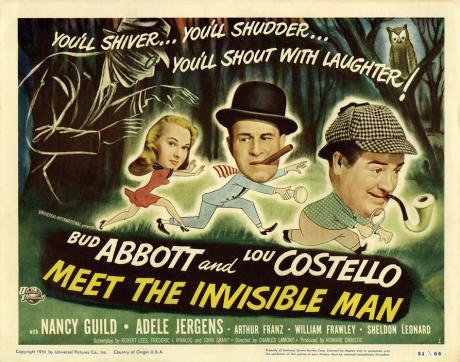 “Boxer Tommy Nelson is accused of killing his manager. While detectives Bud and Lou investigate they come across an invisibility formula with which Tommy injects himself rather than face the police. This sparks an idea for trapping gangster Morgan by having Lou fight champ Rocky Hanlon, with Tommy’s invisible help.”