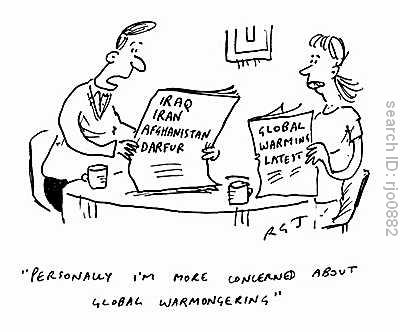 Let’s skip what we already know about President Obama’s thoughts on nukes, terrorism, dialogue, repression etc. and go to what was new about his Nobel peace lecture:  He identified the Earth’s atmosphere as a valuable commodity, and preemptively flashed the US gun to claim this wealth.

Here’s how he said it “…the world must come together to confront climate change. There is little scientific dispute that if we do nothing, we will face more drought, famine and mass displacement that will fuel more conflict for decades. For this reason, it is not merely scientists and activists who call for swift and forceful action – it is military leaders in my country and others who understand that our common security hangs in the balance.”

Air has been recently monetized as a natural resource. Just like oil, air will no longer be free to countries who need it to run their factories. As with other raw materials, industrially developed nations are in conflict with the poorer nations over fair policies. Obama’s mentioning the US military comes a few days after a leaked climate control showed that the richer nations secretly plan to shaft the poorer nations on this newly monetized resource.

Here are the implications of these intentions:

1. Poor countries will be forced to agree to specific emission cuts and measures that were not part of the original UN agreement.

3. The international consensus reach by the Kyoto protocol– the only legally binding treaty on global emissions reductions—will be abandoned in favor of a gaav bandi between the rich nations.

The rich folks’ sneakiness repeats the history of the NPT agreement, where the nuclear “haves” used the treaty to keep a military edge over the nuclear “have nots,” never keeping their promise of removing the threat that nuclear bombs pose to the signatories who do not have a deterrent. The failure of the NPT instution is the prime cause of the current quarell with Iran.

The matter of failed global institutions highlights Obama’s quoting President Kennedy, “Let us focus on a more practical, more attainable peace, based not on a sudden revolution in human nature but on a gradual evolution in human institutions.” Obama’s Nobel lecture, flashing the US gun at developing nations on climate control, was a bad start towards this evolution.”

Obama wrapped up by saying, “We are fallible. We make mistakes, and fall victim to the temptations of pride, and power, and sometimes evil. Even those of us with the best intentions will at times fail to right the wrongs before us.”  Humble of him to admit, but just as he emphasized that there must be consequences for repression, let’s also emphasize that there will be consequences for “mistakes.”