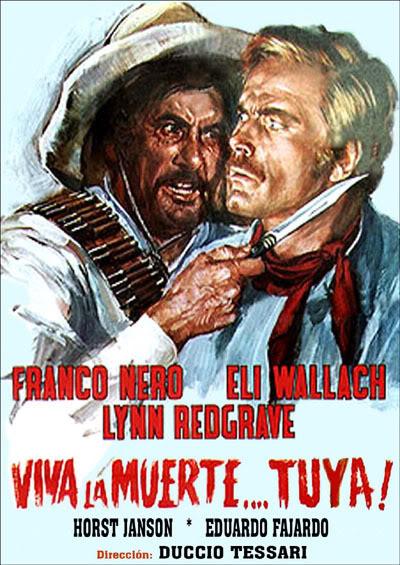 A redheaded Irish girl (Lynn Redgrave), A Russian prince(Franco Nero), A Mexican bandit(Eli Wallach)-And how they turned a fun filled fight for gold into a riotous revolution. A Western Spaghetti.

“A spaghetti western in which three adventurers team up during the Mexican Revolution. Mary O’Donnell, a radical Irish journalist, wants to foment a peasant revolt in Mexico. She enlists the help of a seedy bandit, Lozoya, by saving him from a death sentence in Utah. They meet a man calling himself Prince Dmitri Vassilovich Orlowsky, who claims to be a Russian prince, not to mention a man of the cloth. Wallach pretends to be a Mexican folk hero. The trio crosses the border, the two men seeking a cache of gold while O’Donnell pursues her revolution. Lozoya has the key to the gold, but Nero knows where the other half of the map is.”