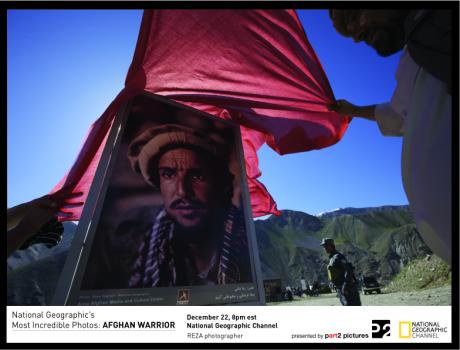 This Series of documentaries will portrait 12 photos, and 12 photographers whose work has had important impacts on our modern history.

First part will be on Photographer Reza and his legendary portrait of the famous Afghan leader, Ahmad Shah Massoud who fought against the Soviet invadrs in the eighties and then agaisnt the Taliban and Alqaeda in the ninties, assassinated two days before 9/11.