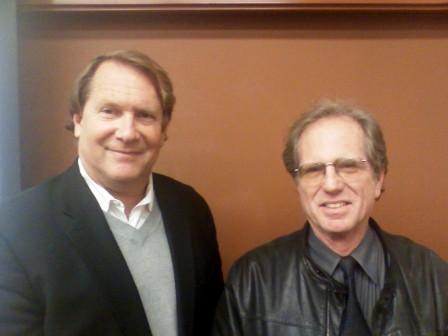 I had the pleasure of being invited by Dr. Hunt to attend a session of his class at Stanford on “Archeology and Art of Persia-From Cyrus the Great to the Ottomans” last year. He asked me to attend one of the sessions on the Safavid Dynasty and in particular on miniature painting and the great Riza-i-Abbasi. He knew that I had acted in a documentary film in Iran in the 1970’s playing the part of Sir Robert Shirley and he allowed me a few minutes to speak to his class. What a fascinating man Dr. Hunt is. He actually had done archeology in the Alps and found relics from Hannibal and his army. Hannibal had always fascinated me also and as a child growing up in Italy and going to school in Rome. For one thing I was amazed that Hannibal’s army had managed to domesticate African elephants rather than Indian ones because they are so much bigger and harder to manage. I had often wondered how history might have been changed had the Carthaginians conquered Rome. I always remember reading how Hannibal had walked up to one of the gates of Rome and thrown a rock at it before deciding to retreat. He had no idea that he could have won had he attacked at that moment. When I was 19 years old I walked through Germany into Switzerland and across the Alps down into Italy following his footsteps but stopped in Siena rather than pushing on to Rome and I ended up staying in Siena three years where I led a frugal life as an artist.

Here is what Professor Hunt had to say about Iran and his course:

“Persia has one of the longest, most glorious and fascinating histories in the world. Too often neglected by the West, Persia has a wealth of culture and has made immense contributions to civilization jealously admired and acknowledged by the ancient Greeks and the later Byzantines at least from Cyrus the Great around the 6th c. BCE all the way through the Ottoman perod in the 19th century. Its legendary arts and architectural sites range from Achaeminid Persepolis to Safavid Tabriz and Isfahan with great monuments, rich textiles, intricate miniature paintings, ceramics and perfumed gardens. Its jeweled metalworking include such materials as the fabulous Oxus Treasure Hoard discovered in the 19th c. and its great literature includes the epic SHAHNAMEH (Book of Kings) to the Tales of Rustam, the medieval Persian Hero. These are only a few highlights covered in the course.”

“Dialogue is always important, including at present between states, because the West desperately needs to build bridges, not raise hackles in a world where the West has historically refused to give due credit to Near Eastern mathematicians, chemists, astronomers and other scientists and artists from whom much was borrowed without attribution  from at least the 10th century CE onward, not to mention so many ancient borrowings you note. Of course this cultural and historical myopia continues to create added bitterness in the present Middle East. Alexander’s Greeks brought far more back than mere Orientalism to the West. They also brought about the Hellenistic world where Eastern influence shattered the myth of Greek cultural superiority in isolation. In far more than a diaspora of modern Iranians who have greatly blessed the US, the molten gold that ran through the streets
of Persepolis after Alexander’s burning continues to flow today.”

For more information on Dr. Patrick Hunt visit his website:

I feel it is a privilege to have such a resource as Stanford University so close at hand in my community and accessable to us with the likes of Dr. Hunt, and also a very active Persian Student Association and Abbas Milani and the Hamid and Christina Moghaddam Program in Iranian Studies and the series of guest lecturers they arrange. I had the privilege of meeting Mrs. Bahadorzadeh of the Kharizak Foundation there and Iradj Pezeshkhzad, author of “My Uncle Napoleon.” That was particularly exciting for me because I had acted in a film in Iran with Golam Hossein Nakhshineh, who later went on to play the part of Daijan Napolon when the novel was made into a popular TV series in the 1970’s in Iran.