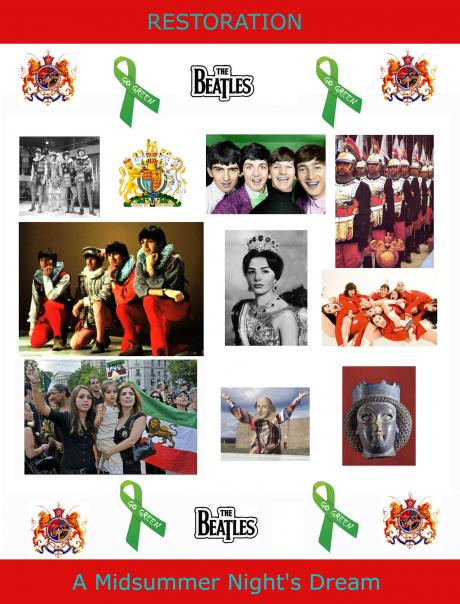 The Fab Four in the 1964 production of Shakespeare’s “A Midsummer Night’s Dream,” starring Paul as Pyramus, John as Thisbe, Ringo as Lion, and George as Moonshine. Originally presented in honor of Shakespeare’s 400th birthday on “Around the Beatles,” a variety show hosted by the Beatles on British TV, the  sequence shown is from Act V Scene I, in which a band of six lower-class laborers (called “rude mechanicals”) perform a play about Pyramus and Thisbe for Theseus’ wedding.

Peter Sellers as Richard III has had a Hard Days Night: