Henry Corbin: A great honorary Iranian of the 20th century 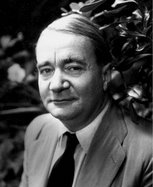 “…the
Imagination (or love, or sympathy, or any other sentiment) induces
knowledge, and knowledge of an ‘object’ which is proper to it…”


Henry Corbin (1903-1978)
was a scholar, philosopher and theologian whose work is profoundly
significant for the contemporary world. He was a champion of the
transformative power of the Imagination and of the transcendent reality
of the individual in a world threatened by totalitarianisms of all
kinds. One of the 20th century’s most prolific scholars of Islamic
mysticism, Corbin was Professor of Islam & Islamic Philosophy at
the Sorbonne in Paris and at the University of Teheran. He was a major
figure at the Eranos Conferences in Switzerland. In addition to his
prodigious output as a scholar of Islam, he was the first French
translator of both Martin Heidegger and Karl Barth. He introduced the
concept of the mundus imaginalis
into contemporary thought and his work has provided much of the
intellectual foundation for archetypal psychology as developed by James
Hillman. But Corbin’s central project was to provide a framework for
understanding the unity of the religions of the Book: Judaism,
Christianity and Islam. His great work Creative Imagination in the Sufism of Ibn ‘Arabi
is a classic initiatory text of visionary spirituality that transcends
the tragic divisions among the three great monotheisms. Corbin’s life
was devoted to the struggle to free the religious imagination from
fundamentalisms of every kind. His work marks a watershed in our
understanding of the religions of the West and makes a profound
contribution to the study of the place of the imagination in human life.

See also the sites Amis Corbin (esp. the Persian mirror site) and the Legacy of Henry Corbin. For a brief overview of Corbinian phenomenology, read his Mundus Imaginalis or the Imaginary and the Imaginal.