So what to do? 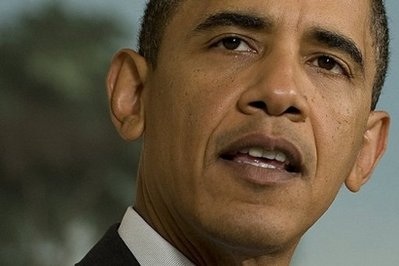 Pretend for a moment that you are the president of the United States and you have gotten yourself into a bit of a hole with your Iran policy.

First you offered to negotiate with Iran over nuclear (and potentially other) issues without the Bush preconditions. But there were powerful political forces that felt this was an example of your inexperience and even appeasement tendencies. So you unwisely accepted a six month deadline for the negotiations to show that you meant business. You tried to soften that by saying you would take another look at the issue at the end of the year, but everyone ignored that and let you know that January 1 was the drop dead date to solve all the negotiating problems with Iran.

In the meantime, the most serious internal revolt in thirty years exploded in Iran. It was not clear how this would affect the behavior of the regime on international issues. Some said the regime was weakened and vulnerable and so would more readily yield to pressure; others thought Iran’s rulers would become more belligerent internationally to compensate for their internal weakness.

You had a couple of rounds of meetings with the Iranians and jointly came up with a fiendishly clever ploy. Iran would ship out quite a lot of its low enriched uranium (LEU), thereby reducing its stockpile that might be turned into a bomb, and Russia and France would provide them with more highly enriched fuel to be used in their research reactor that makes medical isotopes. Everybody wins. But when the Iranians took this home, they were savaged by their own political opposition for buying a pig in a poke. In disarray, they backtracked and started looking for a face-saving alternative, specifically to conduct the swap on Iranian soil or, later, in Turkey.

This situation was complicated by the discovery (or Iranian announcement, we’re not quite sure) of a previously unannounced uranium enrichment site which was immediately inspected by the IAEA. Some think that this was Iran’s Plan B, to have a separate enrichment capability if the primary site at Natanz was bombed by Israel or the US; others think the site was intended as a covert production line to produce a bomb. The punditocracy decides that it was a covert bomb production line.

Moreover, the punditocracy, which had already decided on the deadline of January 1, now decides that the Iranians negotiated in bad faith and the negotiations were at a total dead end. The congress, which had reluctantly stayed quiet on the subject, now returned to its usual political game of looking tough by bashing Iran. Sanctions bills threatening interdiction of gasoline shipments to Iran were passed overwhelmingly in the House and were due to pass with equal margins when the Senate returned in January.

Your critics (who wanted merely token negotiations followed by crippling sanctions and, if possible, war) rubbed their hands in anticipation. A leading neoconservative gleefully remarked that everything was proceeding according to script. AIPAC issued a triumphant declaration as gasoline sanctions rolled through the congress — see here.

So, Mr. President, here you are on January 1. The “deadline” is upon you. Your allies and your opponents in congress are ready to hit you with a dilemma — either impose crippling sanctions or look like an appeaser. Yet you know that gasoline sanctions are perhaps the worst idea to come out of the Congress since they opposed the purchase of Alaska. The sanctions would enrich and empower the Revolutionary Guards, undercut the Green opposition, identify the US as the enemy of the ordinary citizen in Iran, and possibly start us down the slippery slope to another disastrous war in the Middle East. But it looks great on a bumper sticker, and Glen Beck will savage anyone who dares oppose it.

So what to do?

Well, Mr. President, you have some cards of your own up your sleeve. You know that Israel is not really going to attack Iran. They can’t do anything significant without US help, and George Bush already told them not to expect that. But they have invested so much in their campaign to convince the Israeli population and the entire world that Israel’s survival as a nation is imminently in peril that they can’t be seen to back down. They might welcome some help to get them off their own sticky wicket.

You also know that the Iranian nuclear program is nowhere near a bomb and has actually made little progress in that direction for years, regardless of the punditocracy consensus to the contrary in defiance of the facts. There is plenty of time if you can just calm the domestic political furor.

It’s time for some strategic leaking.

First, give an exclusive interview to the Washington Post just before the New Year’s “deadline” — that makes two major points: (1) The administration’s policy of engagement has succeeded in creating turmoil and fractures within Iran’s leadership, i.e. the policy has been a success, not a failure; and (2) the administration is planning for highly targeted sanctions that will hit the Revolutionary Guards rather than the average Iranian citizen. That sends a clear signal to the congress that its infatuation with petroleum sanctions is not replicated in the White House, for all the reasons listed above, and to the uber hawks that there will be no rush to war with Iran in the new year. At the same time, launch a major rhetorical campaign by the president in support of the civil and political rights of the Iranian opposition.

It works. The increasingly hawkish board commends the president for his “shift” on human rights (though piously calling for more) and ignores the sanctions game in congress.

Of course, having fed the Washington Post, the New York Times is jealous and needs its own exclusive. Provide that over the New Year holiday by letting as many as six top administration officials meet privately and anonymously with two NYT reporters to let them in on some more secrets: (1) In another cunning success, the administration has outed the covert Iran bomb production facility at Qom thereby rendering it useless; (2) hint that the administration may be responsible for sabotaging Iran’s centrifuges, which accounts for the fact (completely unacknowledged until now, despite being reported for the past two years by the IAEA) that Iran is not actually using about half of its installed centrifuges; (3) reiterate that the coming sanctions are to be aimed at the Revolutionary Guards, not the average Iranian citizen, and are likely to succeed because the regime is so weakened internally; and (4) declare unequivocally that the Iranian “breakout capability,” i.e. its ability to shift from nuclear energy to actually building a bomb, is now years away.

This also works. The two NYT reporters, though apparently a bit confused about this U-turn in threat assessment from only three months ago, dutifully report what they have been told. The administration is credited with several successes, and the reporters seem convinced that the White House is showing toughness and skill in derailing the Iranian nuclear rush to the bomb. In the meantime, the reporters scarcely note that the administration is not declaring the negotiations dead after all and is pursuing the Turkish option of a uranium swap. No mention of a deadline.

Finally, the NYT reports that the Israelis have been persuaded that the targeted sanctions now being discussed are worth trying “at least for a few months.” That was attributed to a senior Israeli official on the basis of back channel talks, but it had actually been announced by Prime Minister Netanyahu to the Knesset a week earlier in a speech that received almost no attention in the U.S. See here. No more talk of deadlines, crippling sanctions or air strikes.

In short, Mr. President, you have taken what appeared to be a losing hand and, with a few well-placed leaks, transformed it into a victory over Iran. You have converted a lose-lose proposition of crippling sanctions vs appeasement into an Iranian nuclear collapse. The imminent threat of Iran has become an indefinite delay of its breakout capability. The huffing and puffing of the congress has been rendered irrelevant even before it hits your desk. A deadline has become a new beginning of negotiations. And you brought the Israelis along with you, without a peep of complaint. As for the punditocracy, so far so good.

Not bad for a beginner, Mr. President!

AUTHOR
First published in Gary Sick’s public blog, garysick.tumblr.com. Sick is an American academic and analyst of Middle East affairs, with special expertise on Iran, who served on the U.S. National Security Council under Presidents Ford, Carter, and for a couple weeks under Reagan as well.