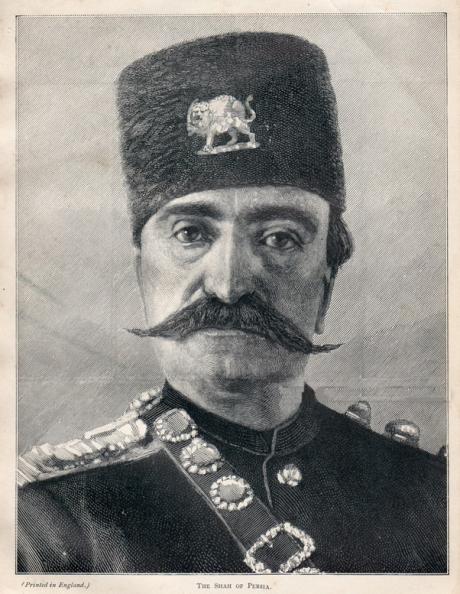 Nasser al-Din Shah Qajar the third longest reigning monarch king in Persian history after Shapur II of the Sassanid Dynasty and Tahmasp I of the Safavid Dynasty. A Portrait of the Late King made in England.

Nasseredin Shah and his mentor and Prime Minister Amir Kabir ( From TV series):

The first National Anthem of Iran was composed by J. B. Lemaire in the time of Ghajar Sultan (Naseraddin Shah).
It was originally composed for Piano solo and played only once during the journey of the Shah to France.

Nasser al-Din Shah Qajar (July 16, 1831 – May 1, 1896) was the King and Shah of Persia from September 17, 1848 to May 1, 1896 when he was assassinated. He was the son of Mohammad Shah Qajar and the third longest reigning monarch king in Persian history after Shapur II of the Sassanid Dynasty and Tahmasp I of the Safavid Dynasty. He had sovereign power for close to 50 years and was also the first Persian monarch to ever write and publish his diaries. Naser al-Din introduced a number of western innovations to Persia, including a modern postal system, train transport, a banking system and newspaper publishing. He was the first Iranian to be photographed and was a patron of Photography who had himself photographed hundreds of times.