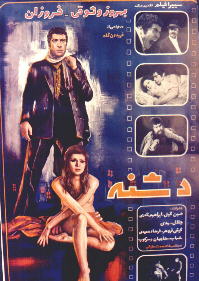 Movie about simple dreams that don’t always come true. Abbas the liar (Behrouz Vossoughi) is a good hearted man who tells un harmful lies in order to get attention. He does not mean to hurt anyone with his lies, especially Fereshteh (Foroozan). She is an unhappy hooker with dreams of her own. She desperately needs to run away from her vicious pimp, lead a normal life, get married to Abbas, and live in a normal house. Abbas promises her all that but first he has to take care of another promise which he made to a prison mate. He has been asked to collect a chunk of money from a gang of drug dealers. The gang has no intention of giving the money back, but Abbas the liar is a man of his words. What follows is a very entertaining movie about broken hearts, lost dreams, and un kept promises.