The unfortunate case of Mr Dizaei 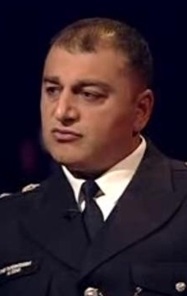 In Britain, the word “black” usually refers to people of African or Caribbean descent. It’s always been a surprise to many Iranians that Ali Dizaei, the disgraced London Met police commander, should have been head of the Met Black Police Association (MetBPA) — few people of African or Caribbean descent would be comfortable calling themselves Iranian.

Even the word “Asian” doesn’t quite sit with us — it usually refers to people from the Indian subcontinent. We identify much more with the tag “Middle Eastern” and even then like to make clear that we are not Arabs.

A few years ago, Dizaei told a documentary team from Iran: “Despite my officer’s stripes I still feel like a foreigner because in this society if you are not English and if you do not have blue eyes and blond hair, they still see you as foreign.”

His experience was probably compounded by being a non-native English-speaker who had a foreign accent and used sentences that were not grammatical — a fact that is politely overlooked in discussions of his “race”. (I once cringed when he said “disingenius” instead of “disingenuous” in an interview.)

That’s not to invalidate his experiences — in 2003, five police officers resigned after a BBC documentary exposed hideous levels of racism among new recruits. However, while the MetBPA was clearly set up with the right intentions, it really should rebrand itself as an anti-racist organisation that welcomes everyone. Otherwise it risks being damaged by the chauvinism Dizaei displayed in arresting 24-year-old Iraqi businessman Waad Al-Baghdadi, the case that saw him convicted.

Devil May Care, Sebastian Faulks’s James Bond novel, takes 007 to Tehran where his host, Darius, tells him: “The Persians, as you know, are an Aryan people, not Semitic like the Arabs. As for the Arabs themselves, well … they lack culture, James. All they have in their countries — the Iraqis, the Saudis, the Arabs of the Gulf — are a few things they stole or copied from us.”

Tall, flamboyant, cocky, close to power, Faulks’s Darius is no stereotype — though there are plenty like him and I would argue that Dizaei is one.

Were combating racism central to the MetBPA’s identity rather than the moniker “black”, the question would now be asked: did racism motivate Dizaei’s arrest of Mr Al-Baghdadi?

Had a white officer arrested Mr Al-Baghdadi, it is the first question that would be asked. Instead of addressing this, the MetBPA will be backing Mr Dizaei’s appeal.

There are more important things to do such as winning justice for Stephen Lawrence, the black teenager murdered in 1993 by racists, and Jean Charles de Menezes, the Brazilian electrician mistaken for a failed suicide bomber and despatched by Met police officers in 2005. Without soul-searching and disowning Dizaei, the MetBPA plays into the hands of the national socialists.

To my mind, Dizaei’s biggest crime is one that he won’t be charged for — visiting the embassy of the Islamic Republic without permission. He has even defended its policing: “They say police in Iran stop the cars all the time, but we do the same here … I do not know why most people in Iran get offended by this … People in Iran do not know much about what is going on outside Iran so they think this is only happening in Iran.”

Racism may be rife in the police force but where else but the UK can a foreign-born non-native English speaker rise to so high a rank and cavort with the enemy?

A version of this article first appeared in The Evening Standard