A question of survival 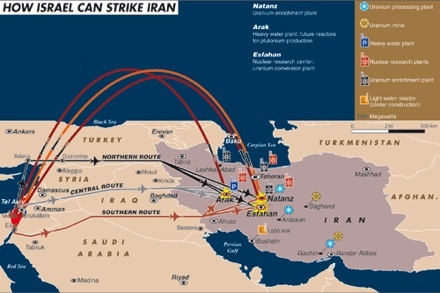 One of the most complicated and difficult aspects of my involvement with the Persian freedom movement is related to the anti-Semitism of the Islamic regime in Iran. On the one hand, I hope with all my heart that the Iranian people will remove the totalitarian Islamic regime in Iran before Israel is forced to strike Iran’s nuclear plants in self-defense. My involvement with the Persian secular democratic movement is motivated by a genuine compassion and empathy for the Persian people’s appalling suffering at the hands of a barbaric totalitarian regime. In addition, I hold the leaders and members of the Persian secular democratic movement and some liberal Islamists in the highest admiration. On the other hand, as a Jewish Zionist, I naturally support Israel’s right to strike Iran’s nuclear plants in self-defense. This issue is a matter of survival for Israel and the Jews, and the Jews have no margin for error in this matter.

Most of my Persian secular democratic friends are deeply convinced that the regime is on the verge of collapse. Some of my Persian friends think the regime may even collapse soon after the anti-regime demonstrations on the 22th of Bahman, or the 11th of February. They genuinely believe that they can remove this regime before it obtains nuclear weapons.

Unfortunately, we are all coping with two very big unknowns. First of all, we really don’t know how long it will be before this regime will have nuclear weapons. Second of all, it is really difficult if not impossible to predict when this regime will fall.

Now I will look at the question from the Jewish side. The first unfortunate point is that many of my Jewish friends conflate the Islamic regime in Iran with the Iranian people. They are deeply terrified of the Islamic regime’s anti-Semitic rheotoric, of its constant threats to destroy the Jews and of its constant denial of the Shoah. For elderly American Jews who were alive during the Shoah, the regime’s continuous denial of the Shoah is particularly traumatic and frightening. These elderly Jews are afraid that Israel will be destroyed, G-d forbid.

Despite these fears and concerns, many Jewish organizations and members of Congress have worked directly with the Iranian secular democratic opposition. These Jews understand that a peaceful regime change in Iran is in the vital interests of the Jewish people. They also realize that a secular, democratic Persia can be a friend to the Jews.

On a personal level, I have been extremely moved by the way that my Persian democratic secular friends have expressed their deep moral solidarity with the Jews. I have been touched beyond words by the way that my friend in Tehran has expressed his moral revulsion against the Shoah and his support of Israel. I have had amazingly uplifting conversations with other Iranian democrats in exile who have shown me their solidarity with the Jews. These conversations have helped me to envision that one day a secular democratic Persia will be a friend to the Jews.

I believe the best solution to this crisis is for the Persian people to overthrow this regime and establish a secular democracy in Iran before it becomes necessary for the Israelis to strike Iran’s nuclear plants. I encourage my Jewish friends to support regime change in Iran on moral and strategic grounds because it is in the vital national security interests of the Jewish people. I encourage American Jewish organizations and the Israeli government to take the same position in support of regime change in Iran and the liberation of the Iranian people from totalitarian Islamic rule.

I ask my Persian secular democratic friends to continue expressing your moral solidarity with Israel and the Jews and your revulsion at the Shoah denial and anti-Semitism of the Islamic regime in Iran. I also ask you to understand why the Jews must support Israel’s right to strike Iran’s nuclear plants. This issue is a matter of Jewish survival.