I finally got a cell phone 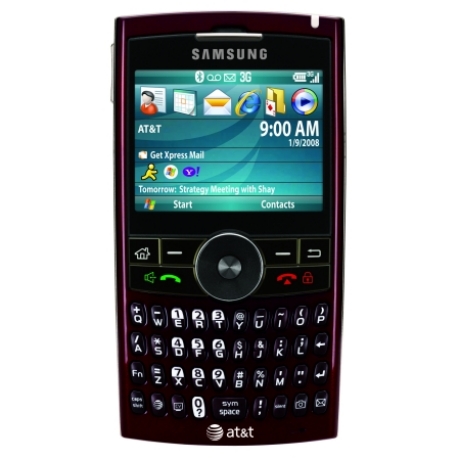 The man at the counter looked at me in a funny way several time while I was trying to explain to him that I’ve never owned a cell phone in my life.  I know he didn’t believe me but he asked the question anyway, probably to get the conversation going.  He asked me why I’ve never used (instead of owned) a cell phone before.  I told him, I am anti technology.  He looked at me in a strange way and gave me a strange smile, like that’s funny but really!  Are you from Mars or something!  I must be one of the last humans in this country who hasn’t got a cell phone yet.  Of course I’ve used cell phones before, out of no choice.  They were company phones and I had to have one for job related activities.  That was at least ten years ago, maybe more.  And then there was the case of my ex-wife who for the longest time insisted that I get a cell phone, but I kept saying no, till she got me one herself.  Her main reason, I am sure, was to keep me on a leash like I was a dog.  She promised to make the payments.  This is when she was conning me to believing she had a job, so then she only kept her promise the first month and after that she turned the bills to me and expected me to pay them, which I then happily turned the cell phone back to her and said no thanks.

Those phones back then were a lot simpler than the phone I got this evening.  This phone has a lot of buttons.  I don’t like buttons.  The only buttons I like are belly buttons.  Most of my shirts have two buttons, three at the most.  I don’t wear those dress shirts that have lots of buttons.  I am anti button.  Who needs buttons anyway when one can use a zipper!  Most of my other things that I wear don’t have any buttons, like quarter zip pull-over types, or, as long as I can remember, I’ve always liked wearing short-sleeve white T-shirts with blue jeans, Lee, or Levi Strauss 505 with zippers.  I have tried 501s with buttons in front, but those kinds of pants take too long to undo the buttons just to pull out the wee-wee and pee-pee.

Well, I don’t know why I went off on a tangent, but going back to what I was saying about my new cell phone, it has too many buttons.  It looks like the more technology has evolved the more buttons we’ve got.  The first thing I did was to ask the guy at the counter what all those buttons were for.  He looked at me again, in a funny way, and told me there was a CD in the package that explained the whole thing.  Gee wee!  Now I have to watch a CD just to figure out how to make a phone call!  I remember when I was a kid the first phone we got was this stark black rotary phone with ten numbers on a rotating dial with ten holes for each number.  I’m sure if nowadays that kind of phone is given to a teenager they would not be able to figure out how to make a phone call.  Maybe I’ll ask my nine-year old grand daughter to show me how to use the cell phone.  She already knows.

I finally figured out how to dial my friend’s phone number, but the line went into a message recorder so I left a detail message, but the phone went dead.  I don’t know why.  I dialed the number again and this time it worked, so I’ve made my first phone call on my own cell phone already.  One small step for man, one giant step for me.  So then, I had to drive back to my place, and what do you know!  I got a phone call.  Who is calling me so fast, and what do they want from me!  I’m not used to getting phone calls while I’m driving, but I manage to look at the number and veer off the road; fortunately I recovered.  The number was not from my area, or anywhere else that I knew of, or an 800 number.  I pressed several buttons that I didn’t like but the call didn’t go away, nothing happened, nobody said anything, the display didn’t change at all, and there was a blinking pink color light at the top-right corner of the phone that I didn’t know why it was blinking at me like I have done something wrong.  Was I not supposed to push all those buttons?  And, why is the light pink?  Why didn’t they give me a phone with a blinking blue color light, for God’s sake?  Should I have asked for a blue one instead of a pink color?  Do they have pinks for girls and blue for boys, and somehow they gave me the wrong phone?

I ignored the call till I could figure it out later, but it kept calling me back a few times more till I got home.  It kept telling me incoming call, incoming call, ring, ring, ring, incoming call!  I don’t get it!  Aren’t all calls incoming when they come?  So then I pushed all the buttons there were, and I don’t know, I couldn’t answer the incoming call, and it didn’t give up.  It was like the movie Terminator; it kept coming at me and coming at me till it would get me somehow.  Later, I looked up the phone number’s area code on my computer and it turned out to be a toll free number in the USA and Canada, so I guess the phone company is trying to get hold of me and welcome me.

Great!  I just found out that the pick color light is not just pink.  It changes to several different colors, so now I have to figure out what each of those colors is supposed to mean.  Great!