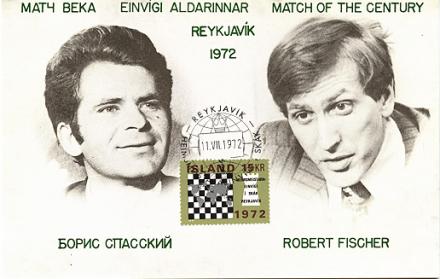 It was summer of 1972. It is a memory but plays like a dream in my head. I spent a lot of time with my youngest uncle Hamid and his friends. Mostly Hadaf graduating year students who were ok with a kid my age hanging with them. I was good at Takhte, convoluted jokes & conversations, and could handle their version of Shah/Vazir that included real slaps that left finger prints on the face for a good half a day, Otooye Atashin that could take a chunk of your hair off, and Shah’s takht who would literally sit on you throughout his reign that was always longer than appropriate and ended up in tyranny no matter who got to be king. Besides, I was Hamid’s nephew and that guaranteed membership.

I liked them as they were all cool guys and did not try to play my older brother. I had done every routine with them. Tochal, starting with 5 a.m. haleem booghalamoon at 5, Perspolis,Taj, Pars & Ararat, Darya Kenar, 21 games and most everything the group got together for.

Somedays, we would all be hanging at my Maman Bozorg’s home and had reigns of the house as grandma was staying at some relative. They were the spectrum of young generation of 70’s. Political ideas were flourishing then. Left, Right, Islamic Marxism, nationalist; all extreme in some way. The only commonality was no one wanted what was even if they were doing fine themselves and being anti establishment revolutionaries and rebels without a cause was the in thing. Che, Dean, Kasraie, Forough, Sepehri, Shamloo and all.

Uncle Hamid’s possy had it all. Majid ‘chap’ was a Marxist, Khosro ‘payande Iran’ was a Pan Iranist, Dejam was a democrat of capitalist persuasion, and my uncle had no care about politics. Plus a few other friends & relatives mixed in on occasion. They came from various classes and make ups and I suspect a psychoanalyst can connect that to their ideologies. I was a favorite nokhodi and a sponge.

One of those weekends that maman bozorg was not around, I headed there to join the group. As I walked upstairs I could hear the noise and mayhem. I was barely in the door and saw veryone was huddled around the table in the center of the living room listening to the radio and discussion of U.S. vs. Soviet Union was heated. Hamid & Behzad were playing takhte on TV side of the room, and I was looking forward to a long cheatful game of Rami LehestaniI. I noticed Majid looked Grim and before I got a better look at him, he slowly walked away with his hands hiding his face. He was crying. I looked at Khosro and asked: did someone die? He said no, his world just crashed. What? Spassky just lost a pivotal game.

Yep, it was summer of 1972 and Bobby Fisher Vs. Boris Spassky symbolized the bipolar world we lived in and the contexts that shaped ideas and ideologies.

They all came to my goodbye party in 77, each bringing me a gift to remember them by. Majid cried again as we hugged goodbye one last time. I guess he was the sensitive type. Zerzeroo as some called him. Behzad even got me high for the very first time, endorsed my right of passage. I still mix the memory with the dreams since. The love that bound us is all I remember clearly. And how they loved each other to death even as they beat each other up on Hegel vs. Smith and then carried it over to Shah/Vazir.

I heard Khosro was executed not long after revolution. Majid died in the south in Iraq war. Dejam I never heard from. Behzad is a bureaucrat in some ministry. I can almost sense his veins dry. My uncle came to U.S. two years later, and we did hang out on holidays and summers. By early 80’s I could tell he was going thru a metamorphosis but could not get to him. Last I saw him was in late 80’s. He looked at me as if I were a stranger. Not his pal and nephew of forever. He was completely unresponsive to all the mockery intended to shake him. Unable to deal with it, I walked away.

He is a leader of MEK.