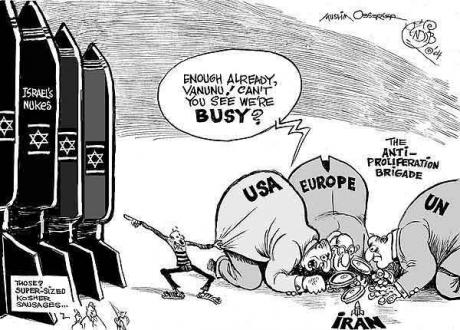 Note: Mordechai Vanunu (Hebrew: מרדכי ואנונו‎, born in Marrakech, Morocco, on 14 October 1954) is an Israeli former nuclear technician who, citing his opposition to weapons of mass destruction, revealed details of Israel’s nuclear weapons program to the British press in 1986. He was subsequently lured to Italy by a Mossad spy, where he was drugged and kidnapped by Israeli intelligence operatives. He was transported to Israel and ultimately convicted in a secret trial. Vanunu spent 18 years in an Israeli prison, including more than 11 years in solitary confinement. Regarded by peace activists as a hero for taking a stand against weapons proliferation, Vanunu has been nominated for the Nobel Peace Prize multiple times. (text: Wikipedia)