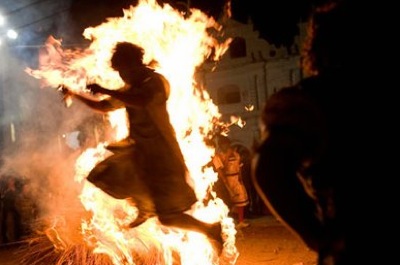 With relentless pressure from the right and deterioration of once powerful green movement, Mousavi and Karroubi have been forced to outline their strategy. Finding themselves in a tough position, both men have made it clear that reform is the path they endorse and regime change is not on the agenda of the green movement. This is a tricky balancing act as it forces the duo to reaffirm their alliance to Islamic revolution while trying to keep the coalition of green movement motivated and together.

Keeping the green movement in sync with reformist agenda (gradual establishment of an Islamic Republic Light) has been a challenge for both men. In attempts to appeal to both sides of the conflict, they have been forced to make statements that are contradictory in nature. By framing their movement around IRI’s constitution and the “rule of law,” both men are appealing to moderate elements of the regime. At the same time to satisfy the hunger of younger generation for fundamental changes, the duo often speak of demands that cannot be achieved as long as IRI’s constitution and laws are in effect.

However, Mousavi and Karroubi’s attempts at navigating the ship of reforms is arriving at a pivotal juncture. Green movement’s poor showing on February 11th, which was supposed to display the ultimate power of Mousavi and Karroubi’s reformist agenda, exposed serious problems with both men’s leadership style and popularity. The February 11th outcome was in direct contrast to the events of Ashura which was not sanctioned by either man. The Ashura events carried a great deal of passion, participation, organization and acts of self-defense that was in direct conflict with reform movement’s “non-violent” creed. It questioned the very legitimacy of the supreme leader—a subject that reformists are hesitant to tackle.