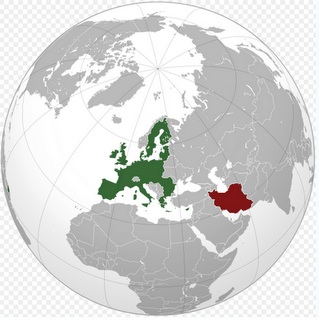 Against the backdrop of the Iranian government’s continuing crackdown on its critics, Western powers are preparing for a fourth round of multilateral sanctions and other measures in the hopes of persuading Tehran to alter course on its controversial uranium enrichment policy. But even with Russia now apparently on board, will more sanctions work? And is there a specifically European role to be played in such a strategy?

There is convincing new evidence that the Islamic Republic has continued pursuing a secret nuclear weapons programme in defiance of the IAEA and UN Security Council resolutions. Last September, the United States and some European allies exposed a new secret enrichment facility near Qom which, according to a recent IAEA report, suggested Iran may have additional secret sites. Iran acknowledged building “contingency centres” like the Qom facility in response to “the augmentation of the threats of military attacks against Iran.” In December, The Times of London reported that Tehran had been working on a triggering device for a nuclear bomb. Iran responded by test firing the Sajjil-2, the latest version of its 1,200 mile range missile that brings south eastern Europe within range.

Targeted financial measures have, of course, so far not stopped Iran from pursuing its nuclear programme. But sanctions were never intended to do so. As a former U.S. Treasury official who was involved in crafting the campaign of targeted financial measures aimed at Iran, I know that sanctions are no silver bullet. On their own they can only do so much, but coupled with such other tools as robust diplomacy and a credible military presence in the region, financial measures can create diplomatic leverage that should also focus on Russia, China, the Gulf States and America’s European and Asian allies.

But negotiation and diplomacy alone will not convince Iran to abandon its nuclear programme. The EU could therefore become a critically important player. In the first place, the EU can continue to actively seek international consensus on multilateral sanctions through the UN to be implemented in 2010 now the unofficial 2009 deadline for diplomatic progress with Iran has expired. As important as the entities to be listed will be the unanimity of the decision to impose sanctions, so it is vital that the EU should engage in robust diplomatic discussions with China and Russia to develop consensus over sanctions with teeth. These should focus on entities engaged in illicit conduct in support of Iran’s proliferation programme, in particular those, such as Bank Mellat and Bank Melli, already designated by the U.S. These would follow up on the warnings in UN Security Council Resolution 1803 calling on member states to exercise vigilance over the activities of financial institutions in their territories with all banks domiciled in Iran (Bank Melli and Bank Saderat were singled out specifically), and their branches and subsidiaries abroad.

Together with the US, the EU could press the international community to follow up on the U.S. and EU designations of the Khatam al-Anbya construction company, which is one of the most significant of the entities owned or operated by Iran’s Islamic Revolutionary Guards Corps (IRGC) so far targeted. With the increased militarisation of the Iranian regime, and the abuses of the IRGC-affiliated Basij militia, now is the time to target IRGC affiliates. Many of the IRGC entities involved in the regime’s nuclear and missile programmes and that give their support to international terrorism are also involved in the violent suppression of political protests at home. This makes the IRGC a possible target of Iranian public resentment and increases the likelihood that the Iranian public will blame the regime rather than the West for tightened sanctions.

The EU could both add to its own list and press for inclusion on the UN list Iran’s national maritime carrier, the Islamic Republic of Iran Shipping Lines (IRISL), which the U.S. accused back in September 2008 of being involved in illicit commerce. The State Department noted at that time that the IRISL had already been identified by the UN Security Council as being engaged in “proliferation shipments.” The IRISL has also been implicated in shipping arms to terrorist groups, as in the January 2008 seizure of the Monchegorsk, an IRISL-chartered ship bound for Syria with components for mortars together with powder, propellant, and shell casings for 125mm and 130mm guns. Dutch customs automatically label merchandise shipped by IRISL or Iran Air at the highest risk category and inspect the cargo, and the UK government has banned British companies from doing business with the Iranian shipping line.

But multilateral action is difficult to achieve and can often lead to lowest common denominator decisionmaking. In parallel to demands for robust action at the United Nations, the EU and U.S. should pursue financial sanctions focused on IRGC-affiliates and all other individuals and institutions involved in Iran’s illicit activities.

Another promising area where the EU could take the lead would be to actively support the efforts of multilateral bodies like the Paris-based Financial Action Task Force (FATF), which has issued a series of increasingly blunt warnings about doing business with Iran. The FATF is a 34-member organisation seeking global standards against money laundering and terrorism financing. The FATF has repeatedly warned about Iran and has instructed member countries to develop “counter-measures” to deal with its illicit financial activities.

There is an EU role, too, in the area of informal sanctions. This would amount to little more than leveraging market forces. EU governments’ engagement with the private sector by drawing attention to the risks of doing business with Iranian entities engaged in illicit conduct would have a significant impact. Already denied access to U.S. dollar accounts, an EU ban on Iranian banks doing business in euros would have serious consequences for Iran, especially coming hard on the heels of the latest U.S. government fine of a European bank, a record $536m penalty imposed on Credit Suisse for engaging in the illicit facilitation of Iranian banking transactions.

This sort of outreach should be expanded beyond the banking sector to insurance, shipping, and other industries. Even in today’s economy, and to a certain extent because of it, the private sector is very sensitive to reputational risk and is acutely aware of its due diligence and fiduciary obligations to its shareholders. As one European diplomat put it, “what the EU needs to look at is measures that restrict the Iranian banking sector from accessing the European financial sector, transferring money out and holding back accounts.” This would have a severe impact on Iran, but would first have to overcome countries’ competing trade interests.

Iran is desperate for Western technology, and Europe is a key market. The EU could play a critical role in denying Iran access to key technologies like the know-how to liquefy natural gas, and in developing a more systematic approach to dealing with Tehran’s efforts to transfer technology and arms to radical allies in the Middle East. The EU could expand its current policy banning the sale or transfer to Iran of “all arms and related material, as well as the provision of related assistance, investment and services” to include a ban on the purchase or transfer from Iran of the same. The EU and US could also encourage countries to require ports and/or authorities to collect detailed, accurate, and complete data regarding all cargo being shipped to or through their countries (especially from risk-prone jurisdictions like Iran), to conduct rigorous risk assessments, and to proceed with actual inspections as necessary.

Given the rapid progress Iran is making on its nuclear programme, it may be time to consider more drastic and less targeted measures. Secretary of State Hillary Clinton has spoken about the possibility of inflicting “crippling sanctions” on Iran. One promising avenue is Iran’s reliance on foreign-refined petroleum. Insufficient refining capacity means Iran re-imports 25-40% of its needs from refineries abroad. Targeting this could be a powerful tool, with the precedent being dramatic failure of the regime’s gas ration card programme in June 2007. The cards were loaded with a six month ration, but many Iranians reportedly used up their entire ration within weeks. Actions like targeting Iran’s access to refined petroleum are more likely than confrontation to eventually convince the regime that the bomb is more of a liability than an asset.

AUTHOR
Matthew Levitt is a senior fellow and director of The Washington Institute’s Stein Program on Counterterrorism and Intelligence.