HISTORY FORUM:Jews in the Persian Empire a lecture by Dr. David Neiman 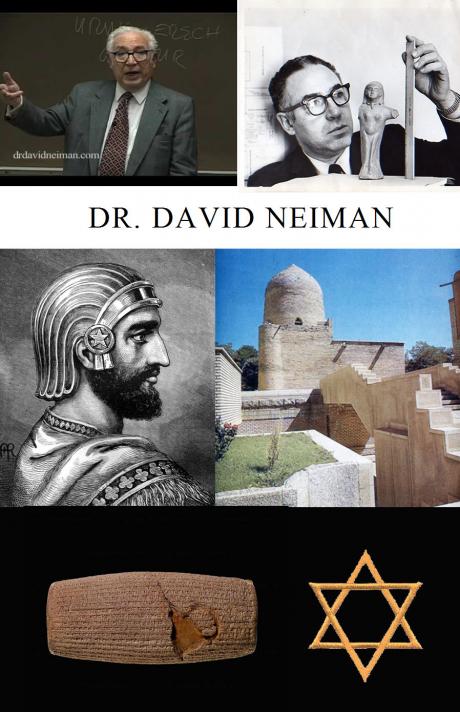 Renowned scholar historian and Archeolist in the fields of Biblical Studies, and Jewish History Dr. David Neiman lecture on the history of the first Jewish Diaspora settlements in the Persian Empire and beyond.

Part I: The Church and The Jews – introduction

Part VIII: The Destruction of the Temple

A Biography of David Neiman :

Dr. David Neiman (1921-2004) was a renowned scholar in the fields of Biblical Studies, Jewish History, and the long and often complicated relationship between the Church and the Jews. His ability to make history come alive with his inspired interpretations and dramatic presentations garnered him a loyal following wherever he taught.

Born in Russia in 1921, he escaped from the Soviet Union to the United States with his family in 1923. Raised in Brooklyn, New York in a traditional Jewish family, Dr. Neiman studied in a Yeshiva elementary school where the texts were in Hebrew and the language of instruction was Yiddish.

He attended Boys high school in Brooklyn for three years and enrolled in City College of New York in 1938. Simultaneously, he also enrolled in the Herzliah Hebrew Academy where he continued his Jewish studies in a Hebrew-only environment.

In 1942 he returned to Yeshivah to study Talmud and Rabbinic literature and received Rabbinical ordination in 1945. Following his ordination, he applied for admission to the Oriental institute of the University of Chicago, at the time the world’s leading institution of Near Eastern studies. In 1950 he received his MA after writing a research thesis on the Letters of Lachish—a set of ancient Hebrew inscriptions, which were discovered in Israel in 1936.

He continued his studies at Dropsie College for Hebrew and Cognate Learning in Philadelphia. He received his PhD in 1955 having completed a work on domestic relations in antiquity.

In 1963 Dr. Neiman was invited and accepted the professorship of Biblical Studies at Brandeis University in Waltham, Massachusetts. While at Brandeis, he organized a special meeting of the Society of Biblical Literature. Impressed, a group of Catholic priests approached him and asked him if he would be interested in a position at a Catholic Seminary. Shortly thereafter, he was appointed professor of Jewish Theology at Boston College. His appointment was the first for a Jewish professor of Theology at any Catholic University. While at Boston College, he organized the Institute of Biblical Archeology and conducted ten archeological expeditions to Israel.

In 1971 he was invited to teach a course at the Pontifical Gregorian University in Rome, Italy, one of the Pope’s universities and the world’s leading Jesuit institute. He taught a course on the Jewish Background to the New Testament to a class of post-graduate priests and nuns. He was also invited to conduct the Passover Seder for over two hundred at the request of the Israeli Consulate.

In 1973-74 he took his family to Israel for his sabbatical year. During this “time off” he went back to Yeshiva to study Talmud, and began to learn the art of Hebrew calligraphy, a talent he continued to practice for years. He also taught at the World Union of Jewish Students, and at the Tantur Ecumenical Center for Inter-faith Dialogue.

Over the years, Rabbi Neiman led congregations in Ohio, Pennsylvania, New York and Massachusettes. He was sought after to speak on a variety of topics related to Jewish History and Biblical Studies. He led tours of Spain, focusing on the history of the Jews in Spain, and led many biblical archeological tours of Israel.

After retirement from Boston College, he decided to move to Los Angles because his children were on the west coast and he had grown weary of the Boston winters. While many people retire to avoid working, Dr. Neiman immediately started looking for teaching opportunities. He taught courses at Loyola Marymount University and St. John’s Seminary for Catholic Priests in Camarillo.  He also returned to studying the Talmud, attending classes in the ultra-orthodox Jewish communities of Los Angeles.

From 1999 until shortly before his death on February 22, 2004, he taught courses relating to Jewish History at the University of Judaism in Los Angeles. He also led several private bible study groups and lectures at various institutions around the greater Los Angeles area.

Dr. Neiman had an extensive library of Jewish literature, history, and religion, as well as collections focusing on the Catholic Church, the Popes and other related topics. This unique collection was donated to the Valley Beth Shalom Synagogue in Encino, California and St. John’s Seminary in Camarillo, California.

Dr. Neiman was married to Israeli native Shulamith Dubno, a talented singer and musician, until her untimely death in 1975. He had three daughters, Rachel Neiman of Tel Aviv, Israel, Rina Neiman, London and Becky Neiman, California.

in an interview with Darius KADIVAR