A New Year For All 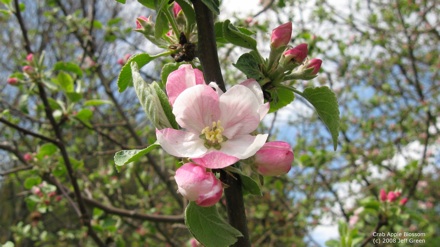 The printed message on one of the most interesting birthday cards I’ve ever received read, “How old would you be if you didn’t know how old you were?”

Those words provoked some thinking. Indeed, if there were no birth records, no relatives or friends who knew your birthdate, and there was no memory, how old would you be? To this day, each time a birthday rolls around, I reflect on this and oh, how young it makes me feel!

We are slaves of numbers and statistics. Brainwashed and yielding to expectations, we let social standards, documents, and calendars govern our attitude toward life and turn us into ‘the elderly children.’ If not for commercialism, why would a loved-one’s birthday need to go on our calendars? If the occasion were so insignificant that we may forget it, why pretend to remember it?

My chain of thoughts extends into the major holidays and how they are advertised, and also minor ones that are kept alive through the efforts of …well…“minorities,” a small group of devotees. As a member of such a minority, I wonder why only some of us acknowledge the significance of Norooz? Is it simply my Persian heritage that prompts me to celebrate it, or is the Vernal equinox truly a remarkable event?

I blame the embarrassment of many forgotten birthdays and anniversaries on a failing memory, but when Norooz approaches I don’t need a store advertisement, a radio jingle, or a notation on a calendar to remind me that the year is about to change. The event is significant, not because it turns the page on my calendar but because it brings the hope that the change in the moon and the stars’ positions will also bring a better year.

Having experienced the freezing winters of Mashad, and thirty years of colder ones in Chicago, I thought my enthusiasm for Norooz was due to the change in weather. Each day there were more optimistic signs: the dripping long icicles, the melting snow piles on the roadside, and a warmer sun. Once again, the trees wore their pale green, and migrating birds flew back. I clipped bare branches of forsythias and apple blossoms from the garden and placed them in a vase. As their mild scent of forced blooms began to spread through the house, I wondered if that was what made me feel so alive.

Each Norooz, I journey in my mind back to the home of my childhood. There, as the shield of ice on the small pond began to disappear, clay pots of hyacinth, cinerarias and cyclamens were brought out of the greenhouse, and the flowerbeds along the driveway displayed purple and yellow pansies. But I soon realize that that was in Iran, a life that seems more and more like a distant dream.

Chicago winters were colder than in Mashad, and its Norooz isolated, if not lonely. Still, overlooking the fact that only a few thousand Iranians were scattered throughout a city of seven million, we celebrated our Norooz and preserved as much of the Persian traditions as we could. I even went so far as asking an artist friend to make little clay banks (ghollak) for my kids so they could save their brand-new money in it, just as I had done at their age!

When we moved to California, people cautioned, “You’re going to miss the change of the seasons.” Tired of winters that lasted seven months, I figured that would be a small price to pay for good weather, but I also wondered if Norooz would be the same in a place with year-round gardens. Would I notice spring’s arrival if there were no winter, or worse, would anyone care about it?

What a delightful surprise it was to find out that, subtle as it may be, the changing seasons here are noticeable, though just barely. With its overwhelming population of Iranian immigrants, California yields to commercialism about Norooz, but even if you were a hermit, like me, you’d know it was coming. All of a sudden, the air becomes intoxicating, the grass shines, and the hills in the distance come alive. Already, the birds have returned to my little garden, and the sun stays out longer. The blossoms of the ornamental plums may bear no fruit, yet, but they still make a breathtaking display. Nature is telling me that something good is about to happen.

And a question pops into my mind: “How would you know that one year has ended and a new one is about to begin if you had never known of any New Years?”