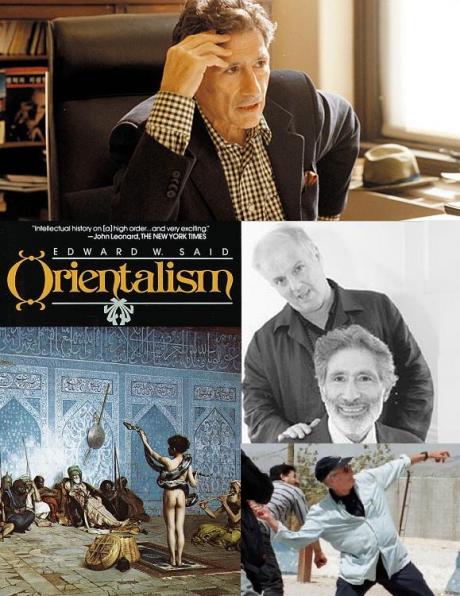 Edward Said Palestinian-American literary theorist discusses the themes of his classic work “orientalism”, its implications and its place in the modern world. Said’s “Orientalism” equally triggered praise and controversy but remains a major field of study.

“Edward Said is the late world famous Palestinian intellectual and literature critic. He was a prominent member of the Palestinian parliament-in-exile for 14 years until he quietly stepped down in 1991. In 1948, Said and his family were dispossessed from Palestine and settled in Cairo. He came to the United States to attend college and lived in New York for many years. Because of his advocacy for Palestinian self-determination and his membership in the Palestine National Council, Said was not allowed to visit Palestine until several years ago and passed away in 2003.

The late Edward Said was a professor of English and comparative literature, known as both a scholar of modern literature and theory as well as a scholar of Middle East politics. He also authored the groundbreaking book Orientalism, a seminal evaluation of Western misperceptions of the East (Muslim Orient), which set the stage for post-colonial studies. Other works include the Question of Palestine, Culture and Imperialism and the Politics of Dispossession.”:

Said also came to be known as a public intellectual who frequently discussed contemporary politics, music, culture, and literature, in lectures, newspaper and magazine columns, and books. Drawing on his own experience as a Palestinian growing up in a Christian family in the Middle East at the time of the creation of Israel, Said argued for the creation of a Palestinian state, equal rights for Palestinians in Israel, including the right of return, and for increased pressure on Israel, especially by the United States. He also criticized several Arab and Muslim regimes.

Having received a Western education in the US, where he lived from his high school years until his death, Said tried to use his dual heritage, the subject of his prize-winning memoir Out of Place (1999), to bridge a gap between the West and the Middle East, especially in terms of the Israeli-Palestinian conflict. He was a member of the Palestinian National Council for over a decade. His pro-Palestinian activism made him a figure of considerable controversy.

In 1999, Said co-founded, with Daniel Barenboim, the award-winning West-Eastern Divan Orchestra, made up of children from Israel, Palestine, and surrounding Arab nations. He was an accomplished concert pianist. Active until his last months, Said died in 2003 after a decade-long battle with leukemia.