It is time to act 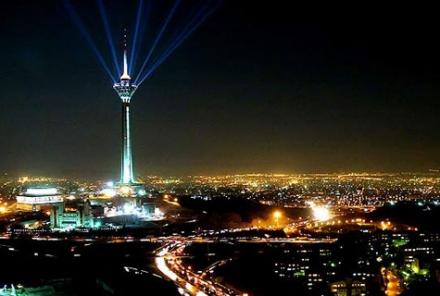 I want to make it very clear that this is addressed to you the Iranian public living in Diaspora as well as anyone who cares about Human rights issues or at least the impact of states sponsoring violence and terror.

It is not meant just for information, once you read this I hope like many concerned Iranians you would feel that we cannot simply stay passive and if our opposition groups are failing us that we should take some sort of initiative and do our part to turn them into an effective instrument that serves the future and prosperity of Iran.

Iran is facing many challenges, which she has never faced before. You might have followed the News, listened to various sources of media or might have drawn your own analysis. I am sure that facing these facts in one place there would be many who would still be shocked and many would not want to repeat the mistakes of previous generations.

Violence could escalate and more protesters could be imprisoned, tortured raped and killed. The prisons could become so over crowded that the mass killings could be repeated. This regime has an appetite for violence and it often resorts to using fear as an instrument to try to control people. So how likely is this? Policy making in Iran is often a reaction to internal and external forces but one suspects strongly that using terminology such as “Mohareban” i.e. people who wage "war against God” or the arrest of Bahai’s could be taken as a prelude to a blood bath.  Amnesty International has already warned us about this. The recent letter from Mr Musavi and the appearance of critics of the regime on the national TV were indicators of a mild compromise to ease the situation but it remains to be seen if this saves the fate of those who we suspect could be condemned to death. Already the charge of Mohareb has been used to put people on the death row and have them executed.

In 2007 the Russian state News agencies confirmed that Moscow has signed a contract to sell long-range S300 air defence system to Iran. However the further implementation of the contract depends on the country’s leaders.

In response U.S. provided Israel with SDB GBU-39 bunker busting bombs that are capable of bypassing TOR-M1 air defense systems again supplied by the Russians because TOR-M1s are short range. What no one seems to mention is what impact is there on the local population if these bombs even without a nuclear warhead get dropped on a nuclear centre? Would there be a localized fall out killing 100s of thousands if not millions? Could radioactive material get through the underground water systems and poison the water system? I’m not a military strategist but I am a consultant that plans for disaster recovery in Banks and I know by my professional experience that if the price of an incident is unacceptable then even if the risk is low, you still have to plan for it.

It is just possible that the state of uprising reaches a level that even without a leader people overthrow the Government. However one would suspect that the casualties of such an event would be so high it would in fact be the same casualty count as genocide.

Iran has its own share of separatists and unfortunately under such circumstances they might take the opportunity to win over, or force the local population to their side. It is also possible that our neighbours would use this opportunity to win over areas under territorial dispute or even grab areas that they always coveted.

In the circumstances where the wealth of our nation has been plundered (have a look at this CNN iReport) and at the time of chaos or war, there could well be a humanitarian crisis, and a famine that is left unresolved leads to a social breakdown between people themselves who would want to feed themselves and their families.

Loss of sovereignty, complete wipe off on Human rights issues

I am currently going through ‘Perilous Power’ a book by Noam Chomsky and Gilbert Achcar. On page 57 Chomsky refers to an Asian Energy Security Grid forming, based primarily on China and Russia, but one that could eventually see India, South Korea and perhaps even Japan (though this would be ambivalent) form. For this he mentions they would love to get Iran into the deal. Iran if it finds Western Europe too uncompromising because of their closeness to U.S. would shift towards the East.

One would suspect that given such circumstances Iran and the Human rights issues would be the last thing on the negotiating table or if it were, it would be purely cosmetic and a media spin.

If a war breaks out, we know very well that this regime is capable of turning mass killings to genocide. It could let loose sleeper cells and dirty bombs and cause irreversible damage. Imagine such a scenario. Western powers not knowing friend from foe could even incarcerate the Iranian Diaspora population, and we would watch in horror in some cell as our country is turned to ashes. How realistic is this? As realistic as the unreal things that we did not expect over 31 years ago!

What could these powers do?

Iran and the impact it has on the region is simply too important to be left to a floating opposition force. From the foreign interest perspective the deals they could come up with would not benefit us. They want a stable oil supply and each is after their own interest. U.S. doesn’t want a head on conflict with Russia and China, and these two powers do not want to give up their hold on Iran. The West Europeans want to maintain the status quo so that they guarantee their own energy supply.

So the options are:

* To do a deal with the Coup regime

* Overthrow the Coup regime and place their man in charge

None of these look attractive to those who want to see an Iran free and democratic. What are our options? Inside Iran carry on with putting pressure as people are, and stay focused on what is the interest of the people i.e. not lose momentum because the two factions might try to compromise. I hope the conflict does not turn military, because a new regime based on violence could bring further violence. Outside Iran,

* We need to come out of our cultural bubble. We need to reach out to the non-Iranian community and turn our campaign into what was the anti-apartheid and solidarnosc type campaigns. Win the heart of the people and we might get a chance to get the politicians follow. In addition years of living under the taboo of being part of the Axis of evil or a hostage taking nation has made many of us low key. We need to be present and show ourselves as bastions of human rights. The people in Iran have given us that chance, we must take it and use it for our benefit.

* We must form grass root democratic structures and join them together. It is a natural thing, people tend to group with like minded people. If we observe how these organizations grow and rather than abandon, fight our turf to keep them democratic and clean, then perhaps we have a chance to eventually get a leadership that we deserve i.e. a leadership that we would vote for, and one that has good links and cares for the future of people in Iran.

Would that be enough?

Perhaps not, with everything stacked against us and with our complacent nature where for instance in a country like UK in a demonstration out of thousands only a hundred people turn up and even then they are separated to three groups the odds are against us, but if we have the great misfortune to watch our nation fall into peril as we had never seen before then we must at least do our utmost so that we do not end up with regrets as our father’s generation has.

What do we offer you as a solution?

I promised some answers but wanted to take this furthering just being an informative article. As an ordinary man, I cannot offer much. I am not part of any political organization, nor am I linked or a member of any lobby group, partisan or otherwise. I do not have any funds at my disposal and I am not a media figure.

I have however, as a template have formed a group in collaboration with other Bloggers most of whom tend to write for Iranian.com.

I say a template because people of different political ideologies but a common goal are working together under an Internet group. This is a template of a unified opposition group where differences are celebrated.

This currently exists as a facebook group, and I am hoping that eventually if we get the right backing that it could be turned into a strong international lobby for Iranian Humanitarian and political issues. This is called International Iranian Council.

It is a small group but a lot of good ideas circulate, and even with small numbers we focus on taking action in what we call campaigns. To use the Solidarnosc methods, I have also created a group called “Flashmob for freedom of Iran” which makes use of the free publicity that flash mobs get in Newspapers and use it towards publicity for the Green movement. Flash mobs are events where at a certain time, and location a group of individuals carries out a predetermined action. The two are related because IIC intends to organize marches, events to bring the opposition movement outside its Iranian community shell and expand it to the point that puts Human rights back on the negotiating tables.

To make our ideas work, we need a lot of active, caring people. Having people with experience, access to media, Arts etc. would also help. We already have that.

Looking at the success or failure record of such groups, past experience indicates that either they have to be well funded, what they do has to be very special, or someone decides to back them and provide their publicity. We are not funded and I am adamant to even attempt to get funds in form of grants or otherwise at this stage. Our success will depend on our action and good word of mouth. No doubt being in the Iranian community, and facing such an adversary as a barbaric regime, or sometimes small minded people this would prove to be tough, but if we focus on what it is we are try to achieve I’m sure we can overcome most of these obstacles. Our success would depend on people who care joining us.