WOMEN’S DAY: Both Pride And Disappointment 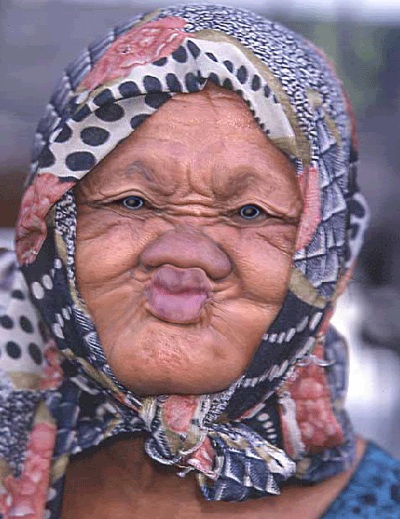 Now I lay me down to sleep. Please don’t send me no more creeps.

Please just send me one good man. One without a wedding band.

A good man who’s sweet as pie. Who brushed his teeth, doesn’t lie.

Who dresses neat and doesn’t smell. Is sexy like my man Denzel.

Is super-rich like Michael J. On second thought, that’s okay.

If I should die before I wake. That would truly take the cake.

No matrimony or honeymoon. No fancy reception planned for June.

No throwing of wedding bouquet. God, don’t let me go out that way.

If I die before I meet Mr. Right. I won’t go out without a fight.

But then again with my luck. He’d probably be just some schmuck.

The single life is not that bad. I know it’s just a passing fad.

I won’t be blue, I will not frown. Besides, I like my toilet seat down.

He is handsome, smart and strong. He is “willy”, is thick and long.

He thinks before he speaks. If promises to call, won’t wait weeks.

He is gainfully employed. As I spend his cash he won’t be annoyed.

Pulls out chair, opens door. Massages my back, begs to do more.

He makes love to my mind. Answers my “how big is my behind?”

This man will love me no end. Never attempt to sleep with my friend.

As I kneel and pray by bed. I look at “snot head” you sent me instead.

Let me on the onset wish you all a very happy women’s day that was celebrated yesterday (March 8) the world over. The best part is this is it’s 100th anniversary.

It filled me with pride that a day is solely dedicated to women although the entire year belongs to them too. Yesterday I was out on streets watching countless women boarding buses, walking on the streets, working, shopping. Life is slowly evolving for them. There is a marked change, a show of confidence and self-dependency too. It is a mix bag of old and new.

While on the international front, Kathryn Ann Bigelow (58) created history by being the first woman director to win an Oscar for her movie The Hurt Locker (2008). Hats off to her. It filled me with pride and raised woman’s status several notches up.

A woman-centric movie Alice In Wonderland (2010) opened to a thunderous response and the result is it garnered $ 116.1 million on its opening weekend. Now that is some achievement that puffs up the movie-goers chests.

In India, Thanks Maa (2010) released. It is a sensitive tale of a discarded baby, who has to be reunited with his mother.

On the national level, Women’s Reservation Bill in Parliament stumbled on the Women’s Day. Nothing worst could have happened on the day of hope, high expectations and achievements. Women don’t need reservation but where there is oppression, then it becomes a necessity in highly backward areas. So, what’s wrong with passing it? Please don’t disappoint Indian women, who give others everything of their own life. Couldn’t a little be done for them? Why be so stingy and deny them what is rightly theirs?

That is the difference between an international and national scenario regarding women. There women live in a carefree, independent environment and can take their own decisions. Here women’s fate hangs on reservation. What a shame!

It brings us to a crucial question – what do women want? Nothing much. Except financial freedom, love and peace. There is hope. Let’s keep it alive.

They wow us. They form a majority. Let’s do something for them. Let’s make them stronger by supporting them and standing on their own two feet instead of leaning on the crutches of reservation. If women need reservation then there is something wrong with our system. Let’s set it right. Let’s make women aware. What do you say?