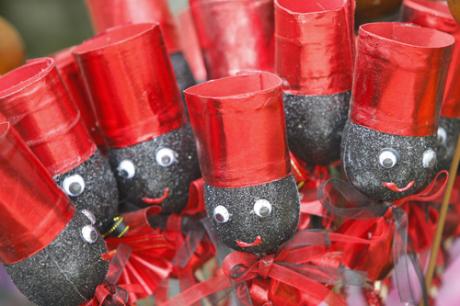 Here is how I rated the Nowruz messages, first one being the worst

Khamenei            Had nothing to do with “Nowruz” especially from a guy who only few days ago opposed Charshanbe soori festivities!

Mousavi               I give him this much credit: He can put everyone including his enemies to sleep!  and what did he say? The green movement wants Islamic Republic? and so the rest of opposition who supported the movement do not count? Shouldn’t he at least wait until he gets to power !…By the way! and when did Khomeini’s name change to Someini?

Reza Pahlavi        Who writes his speeches?  Do they Xerox the speeches from previous years ? His message was like a last minute Ensha that he wrote for school assignment! What’s next ? “Tatilaat khod raa chegooneh gozarandim?”

Rahnavard          Does she patch her bedroom sheets and curtains to make clothes for herself? She wraps herself in that much fabric just because she is a woman ? and at the same time talks about women equality? …and what did she say? Having freedom “again”? Have we had freedom at sometime and we missed it? Or may be they did…. and like her husband communicated : the rest don’t count ! and what was up with that cameraman and the changing angles!

Karoubi               He said he will spill his blood to save Islamic Republic ! Who was that message directed at? at leaders of Islamic republic or its opposition!?

Obama               Comparing to others, I think he scored well; giving him extra point for not even being Iranian and also for the improvements from last year and even finishing his message in Persian versus those who finished theirs with Arabic!

and here is what I think was the common subliminal message of all of them to Iranians for the new year.

“Don’t count on us. You are on your own”