The pure blood, Part fifth Clara and her friends. 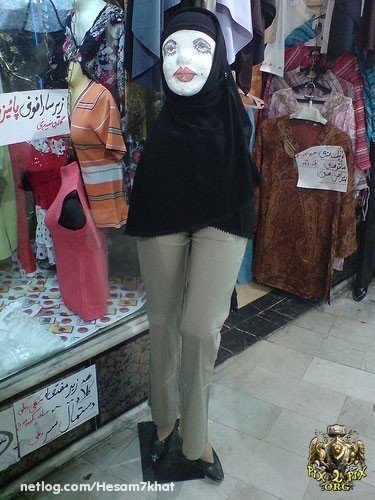 After fighting with general Fritch and after entering the officer, Clara has gone with him to the jail. Her lips were injured and was bleeding. She was very angry and upset. Clara knew the officer, he was the young man who brought a lot of bunch of flowers for her. Clara liked that young man a lot and now he was going to take her to the jail. Clara did not love him in the past, as her love was general powerful and rich, but now the his past love make her warm. The looked to each other and now they feel that they love each other.  Karl Otto took her to the jail, but brought a good doctor for her there and he handled the beautiful woman very carefully. He put medicine on her injures and operated them. Few days the Clara was in the horrible jail of Hitler. So now the black dick wall was for her familiar. Karl Otto visited her and make the jail for her pleasant. Clara should spend day and night in that cold horrible jail which under taking care of Karl Otto was not so hard. The sister of colonel and the wife of general was there for a long time, until she was completely OK and her injures were fine. She was a victim of the selfishness and extra proud of a Hitler general. Herr Fritch who was only suspicious about his beautiful woman, something like Othello in Shakespeare, did so much harm to her; just because he had a bad feeling of her and he thought wrongly that his beautiful wife has affairs with other men and he bits and destroyed his innocent wife. And as Clara was very wrongly handled, so she was very depressed. Karl Otto the good lover of her, was trying to find a way of escape for her from her prison. He have spoken with all his friends and college and told them the story of Clara and asked them to help the poor woman to escape. And they agreed. If some of them would report this to the general ; may be all of them will be executed. But they did because of humanity and because they liked Karl Otto. They were very brave and they took a great risk in their life. That night was the last night of Clara and she could flee in the middle of dark from the darkness of war and could go to the light of freedom.

That night she left her prison and flee to the part of France close to Spain. Her face was full of fear and the fight with the general makes her still weak. The general bits her very badly.  She was leaving the prison and the officer and soldier under Karl Otto helped her to flee as they liked him a lot. He was a nice man and did not bothered his people. This young woman was fleeing from the war, which destroyed her life. She had no one now to help her. Her child and brother were not with her and she was alone in the darkness of war and the night. She hoped that she can flee from the darkness of war and will come to the lights of love and peace. Her lover and husband has sent her out, because now he was very rich and very powerful and he could have any beautiful woman he wished. But the war was cruel to her. The general because of more power and more richness of war destroyed her life. The war has destroyed her life and she should flee from her land and family as a stupid general now hated her and make the life unpleasant for her. That was the result of war for her. She was trying to go to a place in which she can live again in peace. She had a hard life, because of Hitler selfishness. Even Karl Otto the real lover of her had so many problems that he could not help her and keep her close to himself with peace. Any moment, general could come and kill both of them, if he knows that Karl Otto loves her. All these thinking and dreams makes Clara more worried and more upset. Hate to the war, she thought. Can she forget her Lover? the general , her husband was now her enemy and he was so indifferent or busy that even did not ask anything about his wife. What he wanted now was more power and more money. They misused war to be rich and powerful, by killing innocent people young and old and just get more money and more power. Can the war even kill the pure love and Clara and Karl Otto? Clara reached with a lot of difficulties a village in France, there was no war there and no German soldier reached that far village. She was many days walking on the streets of that village to find a work and a place to live. She was torn out, was hungry and tired. She did not eat good food for a while. Who ever was in her situation would kill herself, but Clara wanted to live and take revenge from the war and the people who destroyed her life.  She does not want to die, because she wanted to be useful for other people and help them to hate the war.

The general goes further and get more and more important, powerful and richer. He played like a child with his medals and was happy as he knew he has more and more money. His greed of taking money was not filled. He wanted more and more. The war caused the separation between general and Clara. If she knew the future, she would never be the lover of general. Now she was upset why she trusted so much the general and why she loved him so much. The war changed the general and now he was a wild man who wants money and power. He did a very bad action with Clara and Clara was just alive to take a hard revenge from him. The power of revenge gives Clara power to live and to go. She was a sensitive woman who was badly misused. She fights like a female panther with general, but he was bigger and much stronger than her, so he bits her as much as he could. Only he did not kill her. The hard life and the problems damaged her and changed her to a different person. She was a pure girl and a nice woman, but now she steel food and took money form the bog of a woman and bought for herself clothes and food. The wife of general now should try to find a job to survive. Like thousand of the poor women who worked there, she should go after a work also. Now she was not a rich woman of Germany, the wife of a rich general, but a poor beautiful woman who lost her family and tried to have a minimum of life. These type of women could survive in Europe. So she tried to find a place to sleep, she slept many days in the cold weather outside. She saw a nice expensive house and she knocked the door. A young boy opened the door. She told him that she flee from the war and has nobody here. The young boy was moved from her condition and he said with the pity, you can stay here until you have another place. He was a nice young man or boy of sixteen. She did not resist and came to the house. She should trust every body now as she had no choice to select people. Clara lived before with simple workers and prostitutes and also had contacts with partisans who were fighting against Hitler occupation of France. She got with the time a lot of good friends. Now she had experience and could destroy the bad rich people, she was almost the head of a group of men and women who were real fighter for freedom. With the time and with the help of other people and her intelligent, she got a lot of people around herself. Her victims were now rich old or young people who were after sex and fun. She trained the women to be their traps and brought them to the house she bought with the time and make the drunk and took a lot of advantages of them, make pictures of them and let them sign part of their wealth to the organization she guided now. She got a powerful woman and had a lot of people under her control. She help the woman to have a better life and have a normal life with husband and children and destroyed the play boys type men, who were just after sex and fun. Her organization was now a very powerful one. She helped the poor and women who were prostitutes and bring them to her houses and prepared jobs and activities for them. She cooperates also with nationalist and partisan’s organization and they helped her, too.  The prostitutes did not have a nice life, after the sex action the men bits them and they are not even paid. Clara supported all these women. She manage to have help from nice people and took money from bad people and helped her own people. She employed some strong nice men who respected her and her work and slowly build a huge organization. Now even she was in a position that she could destroy the people like generals who were cruel to her in the past.

The women in her organization loved her a lot and worshiped her, as she prepared a nice life for them. She was after the victims of war and society and helped them as far as she could. This free France was her country now. And she loved this activity and this type of work. She loves Germany, too. But her country was now occupied by idiot people. The people, who were like animals and were after money, power and did not think about the humanity and love. She was out of her country, but she was a useful person in her second country. Some poor and middle class crazy people, who have now money and power and tried to destroy everything,. Her county was ruled by the people now who were not normal and they were idiot after money and power. The German were continuing their fight and were still in a powerful position. They were in the same path that Napoleon was trying to go. But they were moving much faster in this path. Their power and movement was more than in the time of Napoleon’ time.