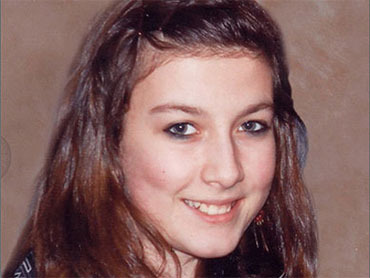 In past few days one news item has captured my attention as well as entire nation. A suicide death of young beautiful girl at tender age of 15, in South Hadley high school in South Hadley Massachusetts.

Her name was Phoebe Prince, 15 year old freshman with angelic face and heart melting smile, whose family had just migrated to US from Ireland.  This is what Marie Szaniszlo and Laura Crimaldi of Boston Herald  wrote in describing the event.

Excerpts:
SOUTH HADLEY – In the final months of Phoebe Prince’s short life, it was open season on the vulnerable high school freshman as an evil brood of cruel teens allegedly orchestrated a series of vicious attacks – carried out at times in front of school staff who failed to step in and protect her.

Days after nine teens were charged with criminally harassing Prince, the town is abuzz with tales of the torment the 15-year-old Irish immigrant endured before her Jan. 14 suicide.

The disturbing new details that emerged show a pattern of harassment that intensified in Prince’s sad last days – and even followed her to the grave.

Indeed, on the day Phoebe died, one of the accused bullies wrote “accomplished” as her status on her Facebook page, according to the mother of a schoolmate of Prince, who requested anonymity because she fears reprisals against her daughter.]
End Excerpts.

Standing accused are 9 teen, 7 girls[aka Mean Girls at the school] and 2 boys on the charges of brutal bullying and statutory rape allegedly committed by the accused boys.  Phoebe’s crime? Besides being vulnerable young beautiful girl, dating the high school football star ex boy friend of one of the accused girls.  Her taunters couldn’t stop even then: they began posting their trash on
the teen’s Facebook memorial page.

Phoebe Prince’s tragic story is result of vicious and brutal bullying, which was not prevented by school authorities despite numerous reports, even by victim’s mother.  In colloquial speech, bullying is most often used to describe a form of harassment perpetrated by a child who is in some way more powerful than a weaker peer.

Researchers accept generally that bullying contains three essential elements: “(1) the behavior is aggressive and negative; (2) the behavior is carried out repeatedly; and (3) the behavior occurs in a relationship where there is an imbalance of power between the parties involved.

On a study done by US Department of Justice, and of approximately 24,315,000 students between the age of 12 – 18 years, total of 14% were bullied [at school] both directly and indirectly.

“At school” was defined as in the school building, on school property, on a school bus, or going to and from school. Youth ages 12 through 18 were first asked if “they had been bullied at school. That is, had anyone picked on them a lot or tried to make them do things they did not want to do (e.g., give them money)?“ This is referred to as direct bullying. They were also asked, “Have you felt rejected because other students have made fun of you, called you names, or excluded you from activities?“This is referred to as indirect bullying.

Rest in peace Phoebe, they can’t hurt you any longer. My deepest sorrow to Prince family and her friends.