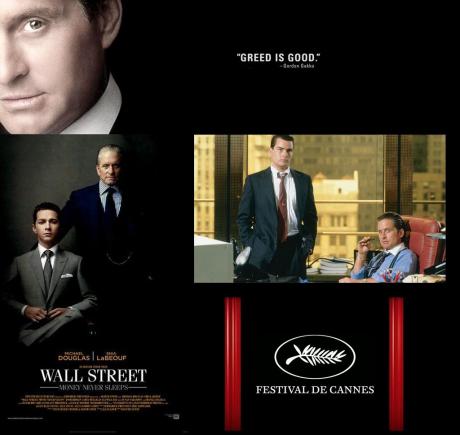 Oliver Stones Sequel to the Wall Street (1987) under the title Wall Street 2: Money Never Sleeps  Starring Michael Douglas as the Greedy Gordon Gekko will Premiere (Off Competition) at the Cannes International Film Festival (12 to 23 may 2010) before it’s International Release in September 2010. The Role that earned Douglas an Oscar was emblematic of the 1980’s business world and given the international monetary crisis today this sequel will certainly be an interesting watch.


Marlee Matlin presenting Michael Douglas with the Best Actor Oscar® for his performance in “Wall Street” at the 60th Annual Academy Awards® in 1988:

As the global economy teeters on the brink of disaster, a young Wall Street trader partners with disgraced former Wall Street corporate raider Gordon Gekko on a two-tiered mission: To alert the financial community to the coming doom, and to find out who was responsible for the death of the young trader’s mentor.

Alexander is Back!  by Darius KADIVAR