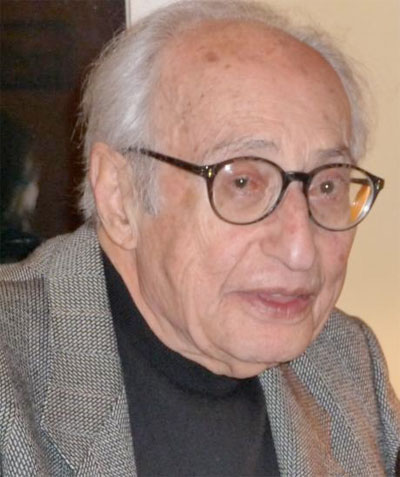 Today is a sad day. Today, my beloved grandfather, Baba Shafa, passed away. My tears are rolling, my body is aching and my heart is heavy. This is a sad day. What a loss for entire generations. A man larger than life, relentless, never stopping, never shying away from putting pen to paper. One man, one fountain pen. He influenced the life of so many, with his fountain pen. He searched and wrote, he got angry and wrote – everytime he felt it, he wrote it. His fountain pen was his most powerful weapon. His only regret was to not have had time to write his latest book, that he just finished writing in Persian, in French. He passed away at home, in his bed, as he wanted. He knew his time was up, and did not want to go in the hospital. He was released from the hospital last Wednesday, and in the early hours of Saturday, April 17th, passed away in his home, in Paris.

I spoke to him last week, while in the hospital. He barely had strength to speak, but he gathered enough strength to speak to me, and his voice was the voice I knew, not the weakened voice of the past few weeks. He knew his time was up. I promised him I would write that book that he had told me to write a long time ago. I promised him I would personally get Tavalody Digar translated. Today, I write from the heart. I will miss my grandfather so much.

Many will be writing of his accomplishments, of his contributions to culture, to the truth, to humanity. Many will list all of his titles, his doctorates, his numerous books, his positions, his medals given by heads of state. Many will attest to the difference he made in each person’s life. I am grateful to all of them.

But above all, I miss you, Baba Shafa.

Love you,
Atossa, your granddaughter