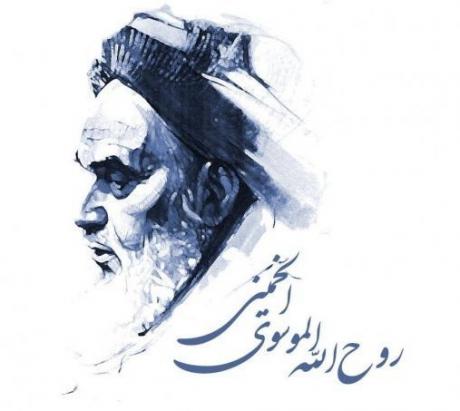 In the name of God , most gracious , most merciful

When it comes to Islam , Theology , post-islamic Iran history and Iranian culture , i am afraid the diaspora and exiles aswell as some in the main cities in Iran who consider themselves “better” than all this talk , suffer from a major ignorance vacuum which unfortunately is filled and taken advantage of by those with a deep interest in controlling Iran and so called “modernizing it , by modernizing it they mean americanizing it and imposing its values on a nation with a history rooted in Islamism.

When it comes to Islam the diaspora , particullarly the Majority who were thrown out during the Islamic revolution , have a particular hate for Islam , while ironically before the revolution they were waving imam Ali photos and calling khomeini their brother , when they were thrown out and exiled for selling their country out to the israelis and americans , their true un-islamic faces appeared . Most of these un-islamic exile “intellectuals” who claim vast knowledge in qor’anic and islamic history , either select or pick out a particular aspect and ignore the rest , while it is assured , that if they were asked to recite the fatiha , they would be dumbstruck . Their hate for islam stems from the fact that it was a islamic movement that threw them out of iran and denied them the chance to return . An example would be Mohammad reza and his spawn bakhtiari , Mohammad reza declared himself to be the mehdi on a trip to Qom to denounce khomeini and open a brothel next to the holy mosque , now his offspring reza pahlavi , because he is not in iran , denounces islam and the sharia. Bakhtiari praised islam and told khomeini to open a vatican city in iran ( a deep insult to anyone who knows islam) , though bakhtiari in his ignorance knew not what he did , after bakhtiari was thrown out , he denounced islam and everything about it. Their study of islam is restricted to hate to strengthen their army against the Islamic republic , that is a fact. Now when it comes to those within Iran , mostly occuring by youth and those in large cities and the rich , show little interest in islam not because they know islam from a to z , but because they have no time for it , they have better things to do , the lawlessness that the shahis promote on Tv is much more appealing to them , the cologne and perfum advertisements aswell as those for makeup are more important for those youth . A youth is characterized by gullibility , ignorance and unfounded sense of confidence. Very little if any of the diaspora know anything about islam or its code of conduct , all they know is that its an arab religion , made by dirty arabs who eat lizards who overthrew the mighty persian empire that did no wrong (oh the irony), thats how far their study in Islam goes.

When it comes to the Mollahs (a man educated in Islam , Islamic law and theology) , they use the word cheaply and as an insult to those who they do not like , anyone who follows islam or the islamic republics ways is a mullah lover or basij lover and even worse. May important figures in iranian-islamic history contained the title of Mullah and even the title of Hafiz(masterful reader of the qor’an) , people like Hafiz , rumi , ibn sina , khawarizmi , saadi and others , do these diaspora deny them too as arab lovers? whats wrong with loving arabs anyway? they are brothers in islam. To my conclusion their hate stems from the fact that these “backward looking” old men , who by the way know more of the world than most people , are ruling them.

When it comes to the padishahis today , how their loyalties are misplaced , do they not know the Shah is supposed to be the leader and master of islamic knowledge aswell as the leader of the persian people? this has been the case since the founding of the safavids over 500 years ago , but im sure they would denounce the safavids as backward arab lovers aswell.They consider the shah should follow that of what mohammad reza and his father followed , which is a complete divorce of tradition , iranianness and islamicness .

The flag the padishahis wave today is also a strange phenomenon , they wave the flag of asadollah , the lion of allah , Imam Ali and carrying his “arab” sword Zolfiqar , their hypocrisy knows no bounds .

Lets move onto khomeini , the typical uneducated approach to him would be that he is some hindu guy raised in japan and moved to india (or something like that , the shahis dont make any sense) , even though his name is KHOMEINI (from khomein) . What do they know about the imam? what do they know of his thinking? what do they know of his logic other than whats been told to them? even americans admit he is a deeply popular in Iran , yet exiles have their own warped view of the world. The revolution wanted to achieve 3 things , INDEPENDANCE , freedom , islamic republic . 2 have been achieved fully , 1 is somewhat achieved . Freedom is the absolute right of people , but there is a difference between freedom and lawlessness , when the imam spoke of freedom and when I speak of freedom I say it in a cultural , traditionial point of view , not freedom as defined in america or the west . Our freedom does not include semi-naked women , adultery , animalistic behaviour , the selling of your own mother , homosexuality and acting against the nation just because people “feel like it” . Khomeini was popular because he carried the banner of islam , the army joined him after saying 1 sentence to them ” if you shoot at the revolutionaries , you might aswell start shooting at the qor’an” , that was enough for the conscripts and many soldiers who defected immediately , they didnt defect because they thought they would be living in a american outpost . Understand that.

The Imam wrote many books , worked his way up to the title of grand ayatollah , dedicated his life to islam , his main influences were ibn sina and imam ali , he was master of the howza , he was a teacher to the mullahs .

attempting to compare him to some fat fool who never works and spends the nations money on his own selfish gains and who cries crocodile tears when selective human rights problems occur is laughable at best.