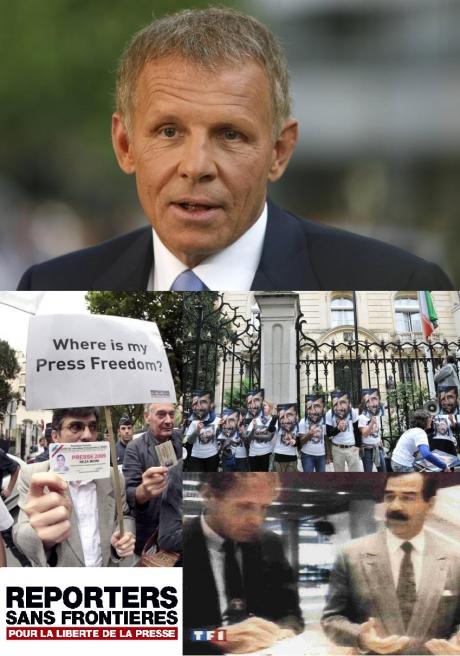 Reporteurs Sans Frontieres (RSF) demonstrated in front of the Iranian Embassy in Paris today with a great deal of coverage in the French Press. This is the Second Time RSF demonstrated it’s outrage Publically in Paris. They demanded to Freedom of 65 Iranian journalists held in Iran. See News in English ( see Related News in French Here)

(*) Patrick Poivre D’Arvor is considered as France’s Walter Conkrite with an incredible record of groundbreaking live television broadcast interviews and primetime news. He was the Only Journalist who was able to interview Saddam Hussein back in 1990 when Saddam invaded Kuwait.