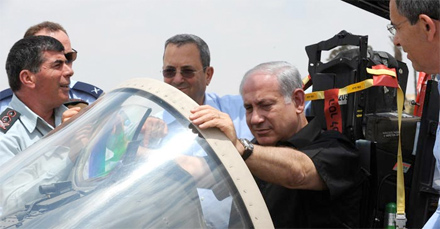 As the international pressure on Iran intensifies, the option of bombing Iran’s nuclear facilities remains on the table. It is widely believed that a limited strike targeting key nodes in the nuclear complex can delay Iran’s acquisition of nuclear weapons by several years. However, a fresh look at the historical record suggests that an attack can intensify the Iranian nuclear challenge and push Iran across the nuclear weapons threshold sooner rather than later.

Advocates of a military strike believe that the Israeli destruction of the Osiraq reactor complex in June 1981 delayed Iraq’s efforts to acquire nuclear weapons. This belief rests on two assumptions: that Iraq was pursuing a weapons option in a determined manner before the attack and that the destroyed reactor was intended to serve as a key component of these efforts. Both assumptions are false.

In the mid-1970s Iraq began to develop a nuclear weapons option as part of a wider expansion of their nuclear power program. Iraqi sources demonstrate that there was no dedicated organization, staff or funding for the purposes of acquiring nuclear weapons prior to June 1981. In other words, Iraq had not begun to act on Saddam’s nuclear weapons ambition in a serious or determined manner.

The Israeli attack triggered Iraq’s determined pursuit of nuclear weapons. In September 1981, three months after the strike, Iraq established a well-funded clandestine nuclear weapons program. This had a separate organization, staff, ample funding and a clear mandate from Saddam Hussein. As the nuclear weapons program went underground the international community lost sight of these activities and had no influence on the Iraqi nuclear calculus.

The destruction of the Osiraq reactor did not delay the development of a nuclear weapons option because it was never intended to be part of such an effort. The French-supplied facility was subject to rigorous safeguards and designed to ensure that Iraq would not be able to produce weapons-grade plutonium. An examination of the reactor by Harvard physicist Richard Wilson after the attack concluded that the facility was not suited for production of weapons-grade plutonium. As a result, the attack did not reduce the risk that Iraq would develop nuclear weapons. On the contrary, it brought about a far more determined and focused effort to acquire nuclear weapons.

Why, then, did Iraq still fail to acquire nuclear weapons? The nuclear weapons program failed as a result of sub-optimal technological choices and poor management. These slip-ups had nothing to do with the Israeli strike. Instead they reflected a non-meritocratic bureaucratic culture, office politics, and bad judgment.

First, the culture of fear in Saddam’s Iraq produced inefficient management and led scientists to fear admitting failure. Thus, unproductive projects continued longer than they should have. Second, by opting for inefficient and outdated technologies the isotope separation project failed spectacularly and caused years of delay. Had the Iraqis opted for more efficient technologies from the outset and not been constrained by the regime’s excessive security concerns they would have made much greater progress during the first five years of the program.

In late 1987, an intervention from Saddam’s son-in-law put an end to this stalemate and facilitated development of alternative technological approaches.

The technical and political characteristics of Iran suggest that an attack can have a more transformative impact than in the Iraqi case. First, unlike Saddam’s Iraq the Iranian regime has competing sources of power. So far, these groups do not appear to have reached a consensus resulting in a decision to acquire nuclear weapons. An attack is likely to facilitate such a consensus.

Second, Iranian nuclear establishment has learned its lessons from Osiraq. The decentralized and concealed Iranian nuclear complex is more robust than the Iraqi infrastructure was in 1981. Nevertheless, an attack on Iran’s nuclear fuel production and enrichment facilities in Isfahan and Natanz would require Iran to either re-build these facilities or develop an alternative (assuming they do not already have secret facilities offering these capabilities).

Advocates of the strike option suggest that the delay caused by an attack buys valuable time. This begs the question: time to do what? After an attack, three options remain: more strikes, containment or regime change. In the Iraqi case, between 1991 and 2003 air strikes were largely ineffectual, containment crumbled and regime change proved disastrous. Containment and further strikes are unlikely to dissuade a determined Iranian leadership from acquiring nuclear weapons. Regime change is no longer an option.

An attack may intensify the Iranian nuclear challenge and make it more difficult in the longer term. If Tehran cannot be persuaded to abstain from the Bomb, it is time to learn to live with the prospect of a nuclear Iran.