The Woman Who Had Been Paying Attention 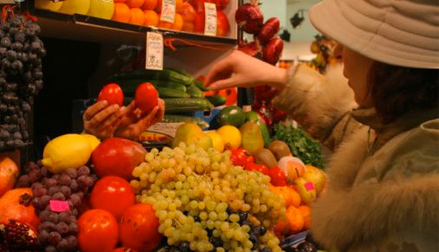 There was a reason for it. She was the oldest of six, all five of whom were boys, and her mother had died. So she had spent her youth taking care of them, noticing them and paying attention to them. She had not spent it learning how to make herself beautiful on a day-to-day basis. Each of the men who noticed her had seen something in her eye that looked like she knew he’d made something magnificent that day.

Each of them would dream of her that night, and think of how they might attract her attention. But then they would wake up in the morning and think: I can’t make something so great as that again today. And then they would imagine themselves married to her, and making something so great as that every day, and it seemed like that meant losing the meaning of greatness, if it was every day, and then they figured they might as well take a different way home in the evening after work.

She did not know exactly what was happening, although somewhere inside her she had a feeling that men feared greatness in the same way that they feared the absence of greatness, and that most of them spent most of their time floating between the two, which wasn’t such a bad thing, and which had to do with the way she always felt a little bit sorry for them.

So she kept herself busy with taking care of her brothers until one day when a young man whose work was fruit-selling but whose real work was painting saw her after a lousy day of painting fruit.

I shouldn’t give up on it, he thought when he saw her.

He looked like he was floating between those two fears like most men did, but he looked like he knew it. It was true: All morning at the market he would hate oranges and grapefruit and lemons for the way they symbolized how far a man was from greatness, and in the few hours of his own time in the afternoon, he would love them for the way they symbolized how close a man was to it. He would go to sleep at night with the feeling that the last thing on earth he understood was fruit.

But the next day after he saw her, he did not decide to take a different way home. He took the same way, and he took a bag of fruit with him.

“Oranges,” he said when he saw her. “Would you like one?”

“Thank you,” she said. She peeled it right there on the spot and she gave him half.

My God, he thought, oranges. How did oranges manage to be great? How did a woman’s gesture? He was going to have to learn from them. He was going to have to make a study of it. He looked at her face and he knew that if he was going to make a study of it with her, it was going to take his best days. That did not necessarily mean his best paintings, because even his days of lousy paintings had gotten him this far, and that was a lot, but it did mean his best something, and when he was brave enough to keep looking at her face even after she smiled, he saw that it was all right, that she had been paying attention to men and to life, and she did not expect him to know what that something was either.

“I am going to be a great artist,” he said. He felt like he ought to declare something.

“I guess I’m just an average artist for now.”

“What makes you the most excited and crazy?” he said.

“People? What are you ever going to be able to do about them?”

“I don’t know.” She put a piece of orange in her mouth.

“Everything,” she said. “What else is there to dream of, if you’re going to dream?”

He wanted to ask her if it was a choice, but he was afraid to. He didn’t want to think of it like that. He knew that if he did ask and she said yes, he could run back to his paintings and in a few hours he would feel so excited and crazy that it wouldn’t seem like a choice at all. But there were different kinds of greatnesses, and for now he didn’t have to know all the different kinds, or how they went together, he just had to pay attention to the one in front of him, the greatness of a man and a woman sharing an orange fearlessly.