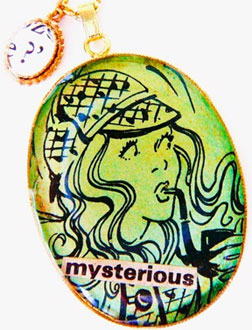 At the time, however, Christie’s showing up semi-nude to my party seemed like poorly played feminine rivalry. A disappointing move for a woman of Christie’s guiles, but then again she had been caught off guard. Sitting through Paul’s daily denial sessions in my office, I gathered that his conversations with Katayoon were starting to turn personal.

“She shuts me out when I ask about her dad,” Paul said. “Is it bad manners in your country to ask about family?”

“Depends on how you ask,” I said realizing too late that I should have just said “no,” and gone back to my spreadsheet. There was a deadline to meet.

“But that’s just with sisters and daughters where you have to be careful, right? And mothers too, like Sicilians.”

“I could ask you about your dad though,” he guessed eagerly.

Except you never have, I almost muttered, making a show of turning to the computer screen.

“So, maybe, in Iran men are allowed to talk about their dads but women aren’t?”

I gave up. “Paul,” I snapped. “Business celebrities are touchy about their privacy. He probably told her not to talk about him.”

“Some people say he’s dead, you know,” he blabbered on, ignoring what I had said. “No one has seen him in ages.”

“Maybe he’s alive but disfigured by a terrible accident,” I mocked.

“That was just Photoshop bullshit. No one gets burns like that and lives.”

I turned to scowl at him. “What are you talking about? I was just kidding.”

“Hadn’t you been following?” he asked, wide eyed.

“Less loudly than ‘Versace’ or ‘Armani’,” I shrugged. “Thought he was Italian until Katie showed up.”

“You’re hopeless,” he groaned as he walked out, dismissing me with the khaak too saret wrist flick I had taught him. Finally I could get back to work, amused at how the tabloids could turn an Iranian male’s desire for family privacy into a money making conspiracy theory. Most likely, Jenab e Gorgani didn’t like strangers behind bushes taking pictures of his sister or daughter sunbathing. His blood would boil if he saw zoomed images of Katayoon’s bust in the supermarket checkout stands. Basically, he was terrified of the glamour he peddled to sex giddy foreigners, because somewhere in a corner of his mind there cringed a Tabrizi guy named Fazlollah, and the magazines calling him “Fazio,” didn’t change anything. The man was probably alive and well somewhere, having his cake and eating it too.

In between keystrokes, I wondered if I should try offering gaz, or tokhmeh kadoo to Paul again. In the past, he would ask to see the package, saying, “If I can’t read the writing, I’m not putting it in my mouth.” The kind of Persian food Paul would unhesitatingly put in his mouth could gauge how far his relationship with Katie had progressed. With doogh I would know Paul’s marriage was as good as ended and Christie was as good as mine. This was better than putting probing questions to Paul, because at the slightest touch of the probe he could go into his truth-serum mode, burdening me with a stream-of-consciousness flow of unsolicited confessions. If Paul and Katie were sleeping together, I needed to know, but if they were planning to rob a bank or murder someone, I didn’t need to know.

It felt bad not being able to reciprocate Paul’s openness—heyvooni Paul! Though he was the first friend I confided in when the sad time came for me to move to my new house. His owning a truck had nothing to do with it. Be khoda ghasam. I disrespected Paul’s truck. Nothing with that much horsepower should smell like lilacs. A U-Haul trailer that reeked of both coasts and every place in between had more ‘goodbye’ appeal. But Christie enjoyed my needing her in small ways, so it would have hurt her feelings if I hadn’t imposed on them for the truck. Surprisingly, she managed to get Paul to hand over the keys, apologizing for not being there for me during the move. Their therapist was sending them on a vacation to Alaska that week.

While Paul and Christie were on their medicinal second honeymoon, I was busy with the move and its consequences. My voicemail was daily crowded with messages heavy with rebuke. “Think of your daughter,” these no-longer-mutual friends presumed to remind me. I was taking fire from lawyers, social workers, therapists, schoolteachers, in-laws, and numerous other professionals. This was also the week my wife attempted to murder me. Shards of ceramic with little red hearts identified the souvenir coffee mug that had whizzed by my head to shatter against the wall. It wasn’t a knife, but the parallel had been close enough to bring Holmes to my dreams yet again.

We were on the moors. Holmes held a small handgun, smoke from its barrel mixing with the fog. The vicious hound lay on its side wheezing its last.

“I’ll wait here for her,” Holmes said, looking up from his kill.

“Goodness Holmes,” I exclaimed. “What a brilliant disguise!”

Holmes brought a magnifying glass to his face, enlarging one dark brown eye. “You must bring her here, Watson,” he commanded sharply.

The next morning Katayoon dropped by my office without her laptop. A social visit? Paul was still in Alaska, a coincidence I would have normally registered. But it had been a week of flying ceramics, and all I registered was being grateful Katie wasn’t holding a coffee mug. The plastic water bottle she carried at all times was just to show her employers how she redlined her engine at work.

As she put her coolant on the floor next to the chair, I saw that it came from the same spring Paul drank from. They must watch the same commercials, I thought. Katie’s opening, however, was more program than commercial: “Dishab khaab chi deedi?”

She smiled, then got up and walked away. I sprang out of the chair after her. “How do you know I’m having dreams?”

She turned around incredulously and said, “How do you think? From the dream workshop of course.”

I cringed. “Paul promised he wouldn’t talk about that with anyone.” He was whining about the pottery class Christie had signed him up for so he could get in touch with his feelings. In sympathy I had shared my own horror story about what my wife had signed me up for.

“Paul didn’t say zilch,” Katie said. “Don’t you remember me? I was sitting right across from you in the class.”

Paul couldn’t possibly have called from Alaska to tell Katie who was wearing what to the workshop.

“The girl in the tank top is Chinese,” I said, befuddled. “Her name’s…”

Myra didn’t even have make up on, much less a disguise. “What was my dream about?” I challenged, refusing to believe the impossible

“Elementary my dear Watson,” she affected in perfect Victorian British, holding up her water bottle like a calabash pipe.

As I stood blinking in bewilderment, I remembered Paul had said Katie liked the coffee shop next to the public library. The workshop met in a meeting room in the library basement. She must have spotted me coming in and snuck up to catch a few phrases. Kataayoon’s flirting style was so deliciously Persian. No other women tatter a man’s composure so amusingly.

“Mibakhshid Katie khanoum,” I teased back. “Nashnaakhtam without your Daria Morgendorffer eyeglasses.” The funny glasses were tucked in a seat pocket that first night she drove me home.

“Hey, how did you know about those?” She accused, narrowing her eyes with mock suspicion. “I never wear those to work.”

She giggled. “And I thought you were so drunk in the car you were about to unbuckle your seatbelt and french me.” As we laughed I noticed how neatly her teeth shared the tiny space in her mouth, and how much I wanted to french her right there in the halls even though I was quite sober this time. Beechaareh Christie!