What would Prince of Persia do? 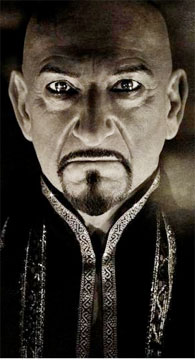 All the way home from the movie Prince of Persia we three cousins fantasized about what we would do if we had a Dagger of Time so that we could go back to our decision points in the past and do things differently. Some stock purchases, college majors, and divorces later we ended up in politics. How should we as a nation have acted so we wouldn’t end up in the mess we’re in?

The conclusion was that as individuals we couldn’t change anything, except in unrealistic ways like taking a lot of money out of the country when 6 Tomans could still buy a Dollar and then funding a counter offensive against the dictatorial trends. No, we would get swept up in the currents along with the rest of the nation. Our claims to having seen the future would be as unconvincing as the claims of the few intellectuals who were prophesying disaster.

But what if more influential people had the dagger? Would the Shah still have left the country, leaving Prime Minister Bakhtiar to a sinking ship, or would he have stayed to help with the bailing? He would have left anyway, was our conclusion. There was no guarantee Khomeini would not win even if the Shah had been smarter or gutsier. Cousin number two is always a wiseass and she said what if the Shah stayed and if by chance he got into trouble he could use the dagger again to go back to his original decision. So we made the rule that you could use the dagger only once and go back only as far back as your own lifetime.

OK, let’s give up on the revolution and the medievalization of our country, we decided. Let’s go back fewer years. How about if Ayatollah Montazeri had the dagger and could undo the past? Would he have pretended to go along with regime executions, waiting until Khomeini kicked the bucket? Montazeri’s protests against the executions didn’t save any lives, so why not be a better diplomat and win in the end? Saretoon ro dark nayaaram, that scenario didn’t play out well either. This was not turning out to be an easy game.

Here at IC we are all princes and princesses of Persia, using an internet Dagger of Time to question our history and the decisions that were made. We have all traveled to the future, in our minds at least, and come back to warn of the consequences if we do this or don’t do that. The result is just as action packed, humorous, and fun as the movie. The only difference is that we each travel to a different future and come back to tell a different tale. Ultimately, I believe these disagreements will lead to a happier ending than in the movie where the truth belongs to only one person.

Now if we were all as good looking as the actors in Prince of Persia, this would be a heck of site. The moral of all this is that we should let a Hollywood casting director choose our avatars on this site.

PrevPreviousOne is China. One is Iran. And they are going to trigger a change of consciousness !
NextSherlock Holmes’ Daughter (2)Next