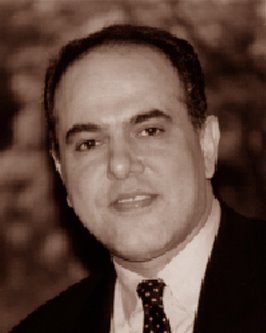 A quick biography of this man: He is the owner of the Iranian/Persian satellite channel called “Channel One TV” which is based in Los Angeles, California. He played a major role in the student and public uprisings of summer 2003 in Iran. He started his television career at Pars TV as a journalist. he has been a major figure in recent demonstrations in LA in front of Federal Building in support of democracy in Iran by promoting Iran’s original flag which contains Lion, Sword and Sun. Further more, his ‘Ma hastim’ (We’re here in persian) movement has influenced the recent unrest in Iran.

This Iranian man is starting a revolution in Iran 5000 miles away through words, logic and nationalism. What makes him stand out is the fact that he supports other Iranian political groups, whoever they may be, anyone and everyone who is anti islamic regime and pro-Iranian democracy, secularism, freedom, and nationalism. My father personally loves this man like a brother.

You can view his show at https://silverlight.glwiz.com:441/HomePage.aspx