Persecution of Minorities in Pakistan 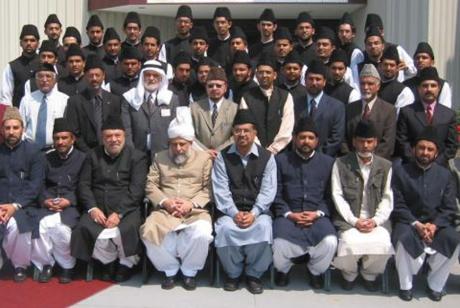 Like the Baha’i faith, Ahmadis also believe that the Promised one of all ages has appeared and that this is the age of the followers of the Promised Messiah and it is their responsibility to bring the most great peace to this world that is filled with injustice and inequality.

Eighty Ahmadis were killed and over 120 others injured in two acts of terrorism directed against Ahmadi worshippers in two mosques belonging to their community in Lahore on May 28,2010.

Though the Ahmadis had been subjected in the past to persecution and atrocities by the Sunni extremists, these were the most brutal acts of terrorism directed against them since Pakistan was born in 1947. Their condition is almost like the condition of Baha’is in Iran who are being persecuted and killed for their belief. The Ahmadis, who are a marginalized community with no political or economic power, had been spared such acts of terrorism till now, but this time it was the deadliest attack on them.

We the people of Pakistan severely condemn this type of attacks on Minorities, be it then on Ahmadis, christians, sikhs, hindus or baha’is or any other sect. The Baha’i community of Pakistan is very worried after this incident. The members of Baha’i faith were very safe in pakistan untill now. But after this incident they are very worried. The fundamentalism is on rise in this country and the situation of Baha’is is also not very good. There are approx 30 thousand Baha’is in Pakistan, they are worried for their lives, they don’t feel safe under the shadow of Taliban. Many are thinking to migrate to the western countries for the safety of their lives.

I am not the official spokesperson for the baha’i community of Pakistan. But an an Individual Baha’i and of Iranian origin I request all my Iranian friends here (Baha’is and non-Baha’is) to please raise your voice in support of the safety of minorities in Pakistan. Today what has been done to the Ahmadis in pakistan can be repeated with Baha’is also. I ask all my Iranian friends to wite to the Pakistani Consulates / Embassies in their respective countries condemning this attack and to make sure that all the minorities in pakistan are provided with proper security and safety, specially to the Ahmadis and Baha’is in Pakistan.