The hoax that is israel palestine non-issue 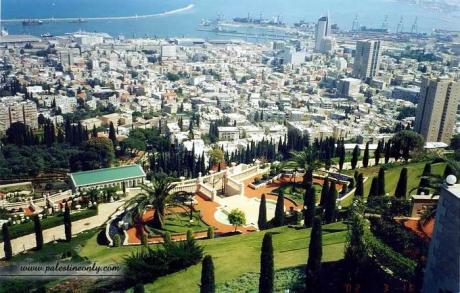 The picture you see is Gaza. How many cities in Iran look as nice and plush? But that is not the image everyone in the world sees.

The day I see palestinians protest for HR of Iranians or any other people; I’ll start caring about them. IRR supporters in the guise of HR tow the line palestinian cause and beat their chest have no problem supporting the criminal regime in Tehran, are having a field day with the convoy incident.

Is this a human rights issue, and are israeli’s breaking all the rules left and right? No doubt. Does the world care and do something about it? Yes, more so than the attention plight of Iranians gets, and many other HR issues globally. Have the palestinians helped and supported this criminal regime knowing what they do to Iranian people? Yes and happily so. As long as they get paid for it.

The world is full of human rights violations. From Myanmar to pakistan. In all cases the suffocation, deaths, atrocities, shear scale of violence match or exceed palestine. Should we care more about palestine more? Not if you accept the premise that human rights are universal. Aung San Suu Kyi was prohibited from running on elections of Myanmar (among most abused people on the face of this planet) but I don’t recall bleeding hearts writing blogs and memos with a typical snide and pompous attitude.

The palestinian life is supported by a slew of NGOs and organizations on top of UN, xyz etc. Plus millions of palestinians all over the world. They have a special status/passport and without them (or the israeli extremism) the middle east chaos cannot be maintained. This conflict supports them both as does tyrannical governments’ excuses for existence all over the arab world and of course the IRR since the 79 devolution. palestinians are well aware of this and play along. Does that mean many of them not suffer under their own tyranny supported by IRR and others for a slew of reasons? sure it does.

I don’t recall a single instance of meaningful support for Iranian people anywhere in the moslem world either, including many educated arabs here in the west? The very same arabs who bleed for palestine and financially support them. There were hundreds of them protesting in SF just yesterday.

Now when you bleed so hard for palestine, you have other motivations and agenda and little to do with ‘suffering. Or, like most you have fallen for the never ending ruse.

If you do it on Iranian.com with all that is going on in Iran, anniversary of selection, rapes, Majid Tavakoli condition and overall context of what is happening to our fatherland, you are an IRR agent or apologist. And a rather shameless one at that.