60 years ago BP was called the Anglo-Iranian Oil Company…. 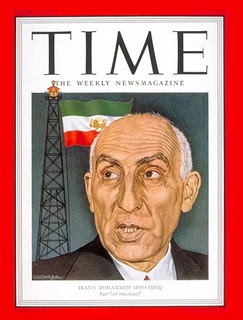 Democracy NOW! – DN! – As tens of thousands of gallons of oil continue to spew into the Gulf of Mexico from the BP oil spill we continue our series on BP. Sixty years ago, BP was called the Anglo-Iranian Oil Company. We look at the story of the companys role in the 1953 CIA coup against Irans popular progressive Prime Minister Mohamed Mossadegh. Published with written permission from democracynow.org. http://www.democracynow.org Provided to you under Democracy NOW! creative commons license. All credits for this video belong to democracynow.org, an independent, non-profit user funded news media, recognized and broadcast world wide.