CINEMA BLUES: Motion Pictures Don’t Do It For Me Anymore … 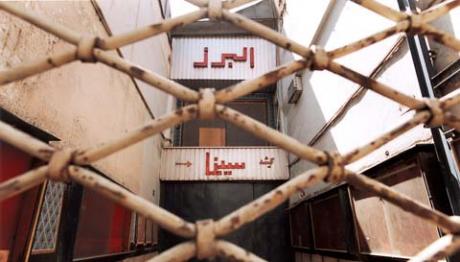 CINEMA BLUES: I enjoyed watching Prince of Persia last night BUT To be quite honest Motion Pictures are no more what they used to be. Here are some reasons Why I think today’s directors should take a pause and Look back and Learn one or two things From their peers …

Particularly because of the Fast Editing and un realistic Special Effects common to all Formated BlockBuster Movies today and Prince of Persia is not exception to the rule. You will Never See Films like Ben Hur, Spartacus or Lawrence of Arabia again and certainly not in a forseable future where the viewer would simply have to take a pause and appreciate the Setting of the Sun or a long shot of a breathtaking Chariot Race which would only be featured as a climax scene as the Cherry on the cake.

Where is the climax scene in Prince of Persia, The Clash of Titans or Iron Man 2 ? The entire movie is simply a succession of so called climatic Scenes.

My major problem with the current trend of filmmaking is really the FAST PACED editing.

Today’s directors have all the sets, great actors, stuntsmen and stuntswomen and everything any classic Golden Age Era Hollywood director couldn’t even dream of and yet the final result is nothing even close to a masterpiece.

It is said (and having experienced it myself I can confirm this claim ) that when people first saw Lawrence of Arabia in the Cinema back in the early 60’s they were coming out of the movie theater thirsty with dry lips and rushing to the closest bar for a cold drink. THAT is what I call the POWER and MAGIC of Movie making which has totally vanished because it is no more about Art but immediate consumption …

I mean Which Hollywood Film today would TAKE THE TIME to shoot a scene like this today ? It lasts virtually 10 minutes and is a VITAL Scene which actually propelled Omar Sharif to international Stardom:

Or the Fighting scene in Stanley Kubrick’s Spartacus which is the turning point of the movie because beyond the combat scene, it is crucial to the character development of the Gladiator Spartacus ( Kirk Douglas) who becomes self conscience in his quest for Freedom and why he should fight:

In a Conversation with Stephen Spielberg, the latter explains why Lawrence of Arabia played such an important part in making him want to become a director:

Prince of Persia, was OK, I watched it with amusement and curiosity and happy not to have been entirely bored by the spectacle unlike on the Clash of The Titans or Iron Man 2 ( Which TRULY Pissed me off as rarely in my life). I also liked the fact that they did not use some Techno Music Scrore as a soundtrack as has been the case on most Epic films in recent years. Music plays a major role in my opinion, it is truly a character in itself. When you hear Maurice Jarre’s Music Scores such as Lara’s Theme you immediately see Doctor Zjivago, same thing for Lawrence of Arabia’s music score which perfectly blends the desert scenes and the inner turmoil of it’s protagonist.

But Like Most Epic Movies today it Had NO SOUL …

John Wayne Speaks about his experience working with John Ford:

Other than Ridely Scott who is probably the last Hollywood movie director capable of truly making an Epic movie respecting the codes of the genre, I truly don’t see ANY movie director today who can make a difference. Even Scott’s filmmaking ( greatly influenced by his early 20 years experience directing TV Ads) is Fast Forward because that is the “trend” imposed by the studios on all Hollywood productions today.